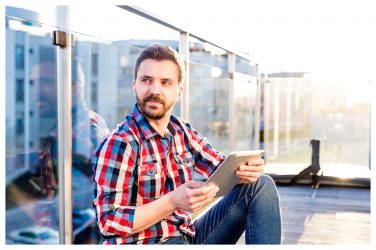 Stop Blame-Shifting and Own Your Role

“When we deny the story, it defines us. When we own the story, we can write a brave new ending.” – Brené Brown

Hours after the mass school shooting in Santa Fe, the father of the gunman made this comment: “My son, to me, is not a criminal. He’s a victim.”

While I stridently disagree with this statement, it’s important to offer some grace to this father on the day his life turned upside down. Through his anger, sadness, tears, and shock, he was trying to absorb the murder of 10 people, physical injuries to another dozen people, and countless lives scarred; all at the hands of his son. The same son he tucked in the night before, helped raise, held, changed, burped, and loved. He’s dealing with unbearable grief.

The words he spoke, however misguided, invite each of us into a broader conversation; reflecting on who needs to take ownership if we are going to see real change in the astronomical number of mass shootings we’re enduring as a country.

My friends, it’s clear that a young man who plans out, arms up, and methodically takes the lives of others must take ownership for his crime. That, regardless of what he experienced or endured, today he’s not a victim, but a criminal.

What may be less clear unless we reflect on the broader conversation is this: He’s not alone.

Who Else Is To Blame For Mass Shootings?

His father, although wrestling with the destruction of all he had known and coping with his son murdering innocent people, must own part of the story. In time, he must view his son not as a victim in this story, but as the cause of it. (One of the most authentic, life-giving conversations I’ve had on this topic was with Sue Klebold, mother of Dylan Klebold, one of the Columbine Shooters. It’s episode 73 of the Live Inspired Podcast. Listen here.)

But they aren’t the only ones that must own their role. It’s not isolated to just a family, school or community. It is far more systemic. It continues to happen across our country and will continue until we, as individuals making up this society, own our roles, too.

The media set up trucks in front of the school so they can repeatedly show horrendous scenes, interview stunned children, and showcase terrified parents. They claim outrage and sadness while broadcasting these tragedies on repeat. Their panels of experts point fingers and yell over each other, but very seldom offer solutions. Instead, as quickly as they set up in Santa Fe, Parkland or Charlottesville, they pack up and set off for the next school, the next shooting, the next tragedy.

In one of the freest, wealthiest and safest periods in the history of the world, the message we ingest as viewers and readers is one of imminent destruction, pervasive violence and the death of civility.

This matters profoundly. When we listen to or hang out with people long enough, we begin thinking, speaking and acting like them, don’t we? So, there should be no surprise that – if we promote tragic stories nightly on the news, daily in the papers, and continuously in our feeds – the very things we claim repulse us, become the very things we expect and the very things we do.

Politicians at every level of government and in both parties are far more interested in polls, concerned about blowback from their base, and engrossed in being reelected than actually boldly discussing needed change.

According to recent polls by Fox, CNN and USA Today, the vast majority of citizens agree we need reasonable gun laws that protect the Second Amendment and continue to guarantee the right to arms, but not at the expense of jeopardizing hundreds to the actions of one. And yet, these same polls indicate we overwhelmingly agree on this: Congress isn’t likely to act anytime soon.

We are a society of individuals that struggle to discuss mental health. Although every family is undoubtedly impacted by mental health, very few of us have the courage to discuss it. And if we, as adults, can’t have candid conversations around mental health, how can we possibly expect our young people to come forward, raise their hands and voice, sharing their internal struggles with this near-universal, but seldom discussed, reality.

How Can We Combat Systemic Problems like Mass Shootings?

Because what we focus on grows, we need a movement among media to not only showcase the problems and “breaking news” of the day,  but also the innumerable examples of the individuals, organizations, and communities responding with courageous solutions. We need politicians to reach across party lines to listen, collaborate, and find solutions together. We need to talk about mental health and normalize it so that we can support each other in better managing and overcoming it. We need schools to be safe spaces to grow for our children. (Check out Live Inspired Podcast Ep 43 with Dennis Gillan to talk about how we can better support the mental health of ourselves and our loved ones.)

These are just a few examples of how real change can happen when we stop the blame shifting and instead ask the question: Whose fault is it? Honestly replying, “It’s my fault. And today I choose to do something about it.”

As long as we deny the story and our role in it, it defines us. But when we own the story, we own the ability to not only refuse to be a victim to it, but to begin writing a brave new ending.

Want a little inspiration to write your brave new ending? You must hear the epic survival story of Nando Parrado and his Uruguayan rugby team. After their plane crashed into the Andes, they remarkably survived for 72 days without food or shelter. Their story was told in the major motion picture, ALIVE. Recently, Nando shared his story with us on the Live Inspired Podcast. Listen here.

Live Inspired Vlog #71: Write It Off

As I sit here on this beautiful Wednesday morning after so many cold, rainy days here in town, I find…

Remember Who and What Actually Matters How do you react when you're angry with someone you love? What words do…