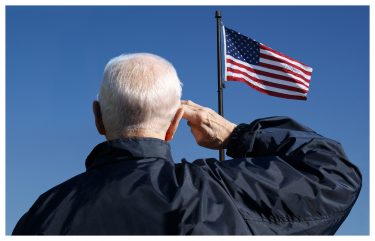 Life, Liberty, and the Pursuit of Happiness

While watching a 4th of July parade earlier this month, I spent a few minutes chatting with a young man entering his senior year in college. I asked if he was excited to graduate and begin using all he’d learned in the past 20 or so years.

He shrugged, looked away, and responded, “Not really. I think most people my age just feel pretty gloomy about our chances. Take a look around, the world is falling apart and we are the ones that have to figure it out.”

He paused before adding somberly, “I’m pretty sure the American Dream is dead.”

As he said this, not knowing exactly how to respond, I looked away from him and around at our surroundings.

The street we stood on was lined with gorgeous century-old houses, massive oak trees, and sidewalks that were packed with generations of friends and family waving at the passing parade floats.

There were tents set up with charcoal smoke and hotdog smells rising from barbeque pits.

Music from a high school marching band approached from the distance and a float with politically-active citizens rolled by cheering slogans and passing out stickers.

Immediately behind them chugged a massive World War II half-track transporter. The words painted on the side of the enormous vehicle read: “Veterans of the Battle of the Bulge.” In it were a few surviving soldiers who seven decades earlier fought in one of the harshest, deadliest and most important battles during the war. These men saluted, smiled, and proudly waved flags.

And as they drove by the words of the young man echoed in my mind: “I’m pretty sure the American Dream is dead.”

The Death of the American Dream

Perhaps the young man was right. Maybe the American Dream is dead.

But before we bury it, maybe it’s important to remember what the dream was in the first place.

Quite simply, the American Dream was first imagined during a time of global tension, great injustice, social upheaval, and intense inequities among classes, races and genders. The dream foretold that through self-determination individuals could work, plant, strive and fight to be given the chance to make even better lives for themselves and their families.

The promise of the dream was never one of assurance of great wealth, or ease, or rest, or health, or even longevity of years. Instead it offered a vague, but radiant promise that with enough personal grit, accountability, resolution and a bit of luck, an even better life could be cultivated.

The verbiage for this dream borrowed heavily from words we celebrated together while watching the parade roll past. The Declaration of Independence, penned by Thomas Jefferson and ratified on July 4, 1776, includes the now immortalized words that we all enjoy certain inalienable rights including the right to life, liberty and the pursuit of happiness.

Before the American Dream’s reported death, the dream offered the right to that pursuit, but not the guarantee of its achievement.

It is what fueled the first leaders of this country to willingly risk everything in signing their names to the Declaration.

It’s what guided and motivated the early frontier families to leave everything they knew and head west in the search of something even better.

It is what empowered the men rolling past us in the transporter (then boys) to enlist in the service of their country and depart the safety of their towns. These homesick kids boarded ships, traveled overseas, and found themselves in a foreign land, in some densely forested region of Belgium, fighting in an enormous battle that injured or killed almost 100,000 of their friends, before securing eventual victory: the Battle of the Bulge.

You see, the American Dream to every previous generation was never a guarantee of ease or prosperity or even an absolute certainty of success. It was instead the promise of possibility.

And it is my steadfast belief that this promise, this Dream, is far from dead. It is alive and well and just as difficult, arduous, and perfectly possible to attain as ever before.

Sometimes you just need to open your eyes a little wider to see it marching by right in front of you.

Fuel for a ‘New’ American Dream

My friends, with the constant drumbeat of negativity from our friends on both sides of the aisle being echoed and magnified by the media each day, there are plenty of reasons to feel discouraged by life today and ample opportunities to stop believing in a brighter tomorrow.

But what might happen if we stopped focusing only on all we don’t have, on all that might go wrong, on all we might have to endure? What might happen if we choose instead to view all we do possess, felt overwhelmed with gratitude for the preceding generations who provided us these opportunities, and boldly embraced the potential we have each day to work, plant, strive and fight for something bigger than ourselves?

Yes, the world may indeed be falling apart.

But what an awesome time to accept the responsibility of not being pushed down by these problems, but to utilize them as fuel to live into your dreams.

I spoke to a living example of the American Dream’s viability on my most recent Live Inspired podcast. Although only five-years-old when his dad died at the height of the Great Depression, Jim Lovell passionately pursued an out-of-this-world dream for his life. He utilized public education before serving his country in the navy. He was accepted into flight school, flew off aircraft carriers, tested new navy aircraft, and was selected as one of the very first astronauts.

Jim Lovell would become a recipient of the Congressional Space Medal of Honor, receive the Presidential Medal of Freedom, and be named the TIME Magazine Person of the Year. He’d also become a household name three decades later when Ron Howard produced a movie about a mission he piloted called Apollo 13. Captain Jim Lovell is a great American hero and I had the honor of interviewing this remarkable man on my most recent Live Inspired podcast. Check it out here.

One of my favorite quotes from Martin Luther King Jr. says that, " If a man is called to be…