What Are You Growing? 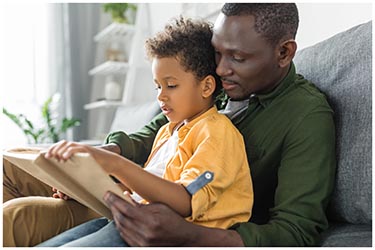 These are words James Williams heard every night for more than three months. And every night he heard them, his heart rejoiced.

Those words filled him with delight because the request came from his little boy, James Jr. They moved him because after spending more than two decades of his life either in jail or doing things that would lead him back there, he was finally free to not only read, but to live. They stirred deep emotions because the story little James wanted read wasn’t a typical bedtime story, but a magazine article featuring the good work his daddy was doing.

And this made James Williams Sr. emotional because this had not been the path he was on…and doing good work most certainly wasn’t what he’d been known for.

James Williams was known as a “bad kid.” He was a defeated dropout, troublemaker, bum. He was a criminal, an inmate, unemployable, and on a path either back to jail or to an early death. He was, after all, a nobody.

Then he heard about an opportunity.

New Ark Farms was hiring. This business, started by an advertising executive and former attorney named Charles Rosen, had a large orchard about 90 minutes from James’ home in Newark, produced Ironbound Hard Cider, and provided transportation to and from work. This was a second chance.

You see, more than just another microbrewery, New Ark Farms exists to treat people with dignity, repair the damage of the earth, and make a difference. Their very reason for existence is to create meaningful work, provide a living wage, and afford former criminals an opportunity at not just temporary employment, but transformative physical, emotional and financial healing.

And the byproduct is delicious cider beer.

(I had the opportunity of interviewing New Ark Farms Founder Charles Rosen and Crew Chief James Williams for my most recent Live Inspired podcast. During this wonderful conversation they shared ideas on creating a business that impacts, teams that work together, and products that matter. They chatted about making mistakes, second chances and living the good life. With so much focus on what’s wrong in our families, cities, and businesses, listen here for a wildly inspiring story about what’s right.)

James Williams Knows His Past Does Not Define Him

More important than the delicious cider beer New Ark Farms produces is the impact it has on the workers it employs.

Perhaps the real byproduct is a man returning home fulfilled after a long day at work.

A man who embraces who he is.

And knows who he was.

Like the rings within a tree, James remembers being a bad kid, a defeated dropout, troublemaker, bum. James can recall his time as a criminal, an inmate, unemployable, and on a path either back to jail or to an early death. He was, after all, a nobody.

But that’s no longer the fruit of James Williams’ life.

Now he is a proud employee of New Ark Farms and is critical in their creation of Ironbound Hard Cider.

And James Williams Sr, without any doubt, is a somebody.

Charles Rosen provided James Williams a second chance. Who is someone that believed in you, saw something within you that you may not have seen, or offered you a second chance? Share their name below. A few “someones” will receive some pretty cool stuff from our friends at New Ark Farms.