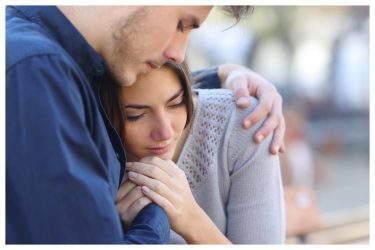 How We Respond to Tragedy Matters

“The challenges we face in life are not meant to be some sort of punishment; rather, they are an invitation to change — and an opportunity to create something even better than before.” – Sam Cawthorn [Tweet this.] | [Share on Facebook.]

How do you respond after tragedies strike?

Whether it be as flood waters slowly recede after a massive hurricane, a collapse in a relationship after a series of disappointments, or a startling health crisis after an unexpected phone call, your response after the crisis might be just as important as the tragedy itself. Let me explain.

In 1958, Our Lady of the Angels was a large Catholic school on the west side of Chicago. After the baby boom following World War II, this diverse community was bustling with young families and lots of children. Every day more than 1,500 students clad in their uniforms left their homes, headed to the sidewalk and marched off to school.

One of those students was a little boy named Jonathan Cain.

Cain was a well-behaved, musically gifted, and academically astute third grader. He loved his bombardier leather jacket, playing the accordion, and wanted to be a priest when he grew up.

But the events of December 1, 1958 changed everything.

Shortly after 2pm, a vague scent of smoke entered his third-grade classroom. Moments later, a light haze wafted throughout the room. Although the kids thought it was a prank, their teacher quickly ushered them away from their desks, lined them up by the door, and ordered them down the hallway and out of the building.

Tragically, not every classroom would have the same opportunity.

Tragedy at Our Lady of the Angels

Through a series of careless decisions, faulty systems, and terrible luck, the light haze of smoke that prompted young Jonathan Cain’s class to move to the street was in reality a raging fire already burning within the walls, the basement, and the attic of the old school house. Without smoke detectors, fire alarms or any advance warning, by the time teachers on upper floors became aware of what was going on, they were already cut off from the one exit. As flames consumed the building, these teachers were forced instead to shut their classroom doors and wait for rescue.

Little Jonathan and his class watched in horror as his school burned. Unable to enter into the school, the mob of parents who gathered for ordinary dismissal instead watched helplessly as smoke and flames leapt from the roof. The scene was unimaginably chaotic and tragic.

The 1958 fire that engulfed Our Lady of the Angels ultimately claimed the lives of 93 children and three nuns. Another five dozen children were injured, and hundreds of families would never be the same.

The fire was the lead story for every newspaper the following day. The president of the National Fire Protection Association angrily shared shortly after the fire, “There are no lessons to be learned from this fire; only old lessons that tragically went unheeded.”

Following the Our Lady of the Angels fire, those lessons were finally heeded.

Comprehensive changes were enacted in building codes around the country and around the world. Fire retardant materials, fire-rated doors, better alarms, and other significant modifications were made. More than 16,000 schools were brought up to code within just the first 12 months after the fire; the rest complied in the months that followed.

It became federally mandated that students and teachers practice the path they would take in case of fire. The fire drills that most of us remember partaking in when we were kids were enacted because of what happened at Our Lady of the Angels.

And these laws impacted not only schools, but every movie theater, place of worship, office building and residential complex to be constructed afterwards. These sweeping changes have saved untold countless lives in the six decades since the terrible fire.

It also changed the life of one little boy.

Jonathan Cain dealt with his grief by turning inward. He engaged even more actively in music, pivoted from the accordion to the piano, and even began writing his own music. He started a little band in high school called Futura. He rocked a few mixers, Rotary club basements and hotel ballrooms.

Eventually, Jonathan Cain got a chance to play with a band called the Babys. It was with them that a little San Francisco rock band heard him. The band, looking for a new keyboardist, invited Jonathan to join them. Equipped with Jonathan’s gift of songwriting and unmatched piano playing, this band would become one of the greatest rock bands in history. The band, Journey, would sell more than 75 million records, enjoy 18 top-40 singles, and be inducted into the Rock ‘n’ Roll Hall of Fame.

The experience of that little boy growing up in Chicago, the pain he witnessed, and the desire to make sense of it all informed the songs Jonathan Cain wrote.

And perhaps most well-known, the one we not only sing at karaoke parties, but listen to as we endure our own trials in life: “Don’t Stop Believin’.”

(I received the firsthand account of how the fire impacted his life from Jonathan Cain himself. Join us as Jonathan shares his remarkable story, plays a new song on the piano, and rocks the house for our 100th episode of the Live Inspired Podcast. My friends, it’s a great one. Get your Journey t-shirt on and prepare to be inspired. Listen here.)

My friends, trials, adversity, difficultly and tragedy are part of the journey through life. We can view them all as a curse, become angry about them, and refuse to do better afterwards.

Or, we can choose to realize the challenges are not meant to be some sort of punishment.

Instead, they are part of the human condition.

And they are an invitation to change, an opportunity to create something even better than before, and a chance to ensure that the tragedies of yesterday won’t be replayed in the promise of tomorrow.

As you step into your week, don’t stop believin’ that the best is yet to come.

I don’t get a chance to read every single one your posts, but this one caught my eye.
Though, I’m not going through anything close to this, it’s been one thing bad thing after another in my life lately and I’m finding it harder harder to understand why.

Be ON FIRE with Love

“True love does not only encompass the things that make you feel good, it also holds you to a standard…