Can You Pass the Marshmallow Test? 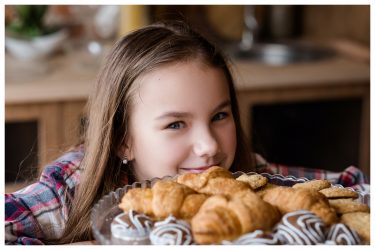 How Our Need for Instant Gratification Impacts Our Future Success

We live in a society that loves instant gratification.

But an unusual study on the campus of Stanford University suggests there is significant value in waiting, postponing, and delaying delight. And the experiment revealed a surprising predictor to success in health, vibrancy, work and life based solely on the ability to delay gratification. Let me explain.

The experiment began with a child entering the room. They were welcomed by the researcher and seated in a chair. A marshmallow was then placed in front of the child. As the little ones’ eyes widened with excitement, a strange deal was offered to them.

Pretty simple decision one would think.

Can I postpone pleasure for 15 minutes in order to get twice the joy later on?

Hidden cameras were rolling for the entire experiment providing not only a glance into the fashion of the 1960’s, but insight into the mighty struggle some of the little ones endured in the wait.

As you might expect, some children plopped the marshmallows into their mouths even before the researcher had pulled the door shut. Others showed no challenge at all waiting the entire 15 minutes.

Others fought diligently, covered their eyes, sat on their hands, and talked to themselves, reminding themselves to wait, wait, wait.

What Does the Marshmallow Test Mean for Us?

As interesting and enjoyable as the behaviors of these children were, it’s the second part of the experiment that is most fascinating – and most relevant to all of us.

Years passed after the original experiment, and after checking in with participants, Mischel found a most surprising correlation.

The little ones who had willed themselves to wait, to not give in, who had fought and sat on their hands and even covered their eyes in the hopes of not giving into the temptation in order to get two marshmallows, did better in school and had higher standardized test scores.

These children also became adults with significantly lower levels of substance abuse than those who gave in, were less obese, had better social skills, enjoyed higher levels of earning power, and reported greater overall satisfaction and success in life.

It turns out, at least in this one 15-minute test, that the willpower to delay what we want in the moment for something even greater in the future has profound applications in our lives.

(I was reminded of this experiment during a conversation with a remarkable researcher named Rowan Hooper. To see the experiment in action and find out what it means in our lives, check out Live Inspired Podcast Episode 105. No need to delay gratification on this one, listen now!)

Find Real Success by Resisting the Need for Instant Gratification

My friends, we know this truth intrinsically. We know we should push back from the table when we’re full, to say no to the extra glass of wine, and to wake up early to get the work out in.

We know there is a benefit to making extra sales calls, continuing our education, or investing time to grow spiritually.

We know the value of living within our means, of saving for tomorrow, and of working hard today in order to pour the foundation for an even bigger, brighter tomorrow.

And yet, how often do we take that extra slice of cake, forgo our morning prayer, or put that expensive treat on the credit card?

Our desire for instant gratification impacts us in every area of life. And perhaps no place more profoundly than in the example we are setting for our children.

They’re watching the real-world marshmallow test everyday of their lives. If we aren’t passing it, how could we possibly hope that they will?

Because, in the end, real success awaits those who steadfastly commit to any requisite sacrifice.