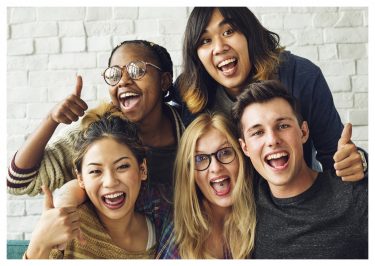 In These Divisive Times, Let’s Find a Way to Connect

“Love is wise; hatred is foolish. In this world, which is getting more and more interconnected, we have to learn to tolerate each other, we have to learn to put up with the fact that some people say things we don’t like. We can only live together in that way. But if we are to live together, and not die together, we must learn a kind of charity and a kind of tolerance.” – Bertrand Russell

Those people are all criminals.

We men are under attack.

The entire party clearly has no respect or regard for women.

They hate freedom and are trying to change our way of life.

If you don’t agree with me, I don’t have time for you.

Red Sox fans are all idiots. Every single one of them.

You f’ing people are why I hate this airline!

Whoa! Why the anger this morning, O’Leary?

My friends, the quotes of fury listed above aren’t from me. Rather, these quotes are but a small sample of several dozen incredibly derogatory sentences I heard this past week. Some were shared online, others on television, a couple to my face, and the final one from the person in line in front of me at the airline ticket counter.

Yes, I recognize there are significant differences, divisions and challenges in our country and great tension in our political system. Yes, I understand that playoff baseball brings out the competitive spirit in lots of us. And yes, I know that having a flight delayed several hours can be unpleasant.

However, these things don’t need to bring out the worst of us.

So, how do we begin pivoting the conversation in the room from being inflammatory, accusatory, and divisive into one that actually connects, collaborates and begins to heal? [Tweet this.] | [Share on Facebook.]

I could share today about the need to courageously build more bridges, to vulnerably participate in circles beyond our own, to intently listen to another’s perspective with the desire to understand, and the critical need to refuse the urge to argue back, prove a point, win a battle, but lose a war.

But as you enter into this day, certain to not only face challenges, but individuals within your family, organization, and community diametrically opposed to your opinions, your beliefs, and your convictions, instead consider the value of modeling what you hope to see from others. Perhaps the best way to move forward in divided times is to lovingly engage those with whom we disagree, or else we may face the consequences put forward in one of my favorite poems by James Patrick Kinney, entitled “The Cold Within.”

(I thought of this poem during my most recent Live Inspired Podcast interview with the remarkable Brené Brown. We talked of her upbringing, her journey to where she is today, and the intense anxiety she felt before her first TED talk – yes, the one that has been viewed more than 30 million times! We also discussed courage, vulnerability and the need within our communities to come together, to empathize more fully and to dare more greatly. It is an awesome conversation with one of my absolute heroes. Check it out here.)

Inspired Leaders Model the Change They Wish to See in Others

My friend, perhaps it’s time we finally heed the advice put forward decades ago by Bertrand Russell. Let’s live in an interconnected world, where we love one another, tolerate one another and respect the differences in opinions, beliefs, and convictions that exist among us.

But don’t wait for those we disagree with in our families, businesses or society to change first. Inspired leadership has always been about modeling the change we seek and having the courage to throw our log into the dying fire first.

Amazingly, not only will it warm the room for awhile, it will encourage others to do likewise.

2 replies on “The Cold Within”

Hey! Actually I am writing the critical analysis of this poem.I need a quote which is related to the moral of the poem to include it in it.So if someone could help me….

I love these podcasts, so uplifting and inspiring! Please keep them coming! John has asked for recommendations and ideas for future people to interview. I highly recommend a guy names Billy McGlaughlin, world renowned gitaurist, with an amazing life story. He is from Minneapolis, MN, started playing guitar at Saturday masses at his church, and kept going. Last night he played for a fundraiser dinner for a local Catholic hospice in the basement of said church with some of those classmates and elders where it all began. I was so moved by his story of getting a career ending diagnosis, divorce, losing it all and making a remarkable comeback, it blew my mind. He is ferociously talented, funny, humble and with a givers heart, I instantly thought that John would love to hear and share his story. (He played a snippet of a Journey song- an interview that I recently listened to that his story also surprised me). John, you’ll love this guy!!! I would love to hear him on your podcast!!
http://www.billymclaughlin.com/keynote-speaking/

When Life Doesn’t Go as Planned “You may encounter many defeats, but you must not be defeated. In fact, it…