The Gentle Whisper of Generosity 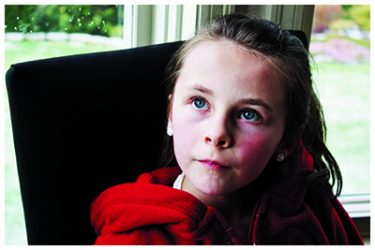 How the Legacy of Rachel Beckwith Continues to Impact charity: water

“What we do for ourselves dies with us. What we do for others and the world remains and is immortal.” – Albert Pike [Tweet this.] | [Share on Facebook.]

As one little girl prepared to turn nine, her answer to this simple question would change the lives of hundreds of thousands around the world and eventually bring some peace to an otherwise unbearable tragedy. Let me explain.

Preparing for her ninth birthday, Rachel Beckwith sought to celebrate it like never before. After learning that tens of millions of individuals went without clean water every day, she asked her friends and family to forgo giving presents and to instead contribute on her behalf to charity: water. This little girl essentially exchanged gifts for herself for the promise of water for someone else.

Although she fell short of her ambitious $300 goal, she told her family that next year she was going to do it again. Despite the minor defeat, she remained committed to making an even bigger difference for others. Rachel could not have known how prophetic her promise would be.

On July 20, 2011, just weeks after Rachel’s birthday, a tractor trailer lost control on the interstate and sparked a 14-car accident. Although dozens of people were affected, only one was critically injured. A nine-year-old named Rachel Beckwith.

Three days after being airlifted to the hospital, the tough, effervescent little girl died. The vibrancy with which she lived her life, though, not only attracted hundreds to celebrate her at her funeral, but to begin modeling her generosity through their lives.

Upon learning that the only gift she wanted for her recent birthday fell slightly short of the $300 goal, an anonymous donor made up the difference. Rachel received the gift. Her ambitious and selfless goal was achieved.

And that was just the beginning.

News of her life, death and kind spirit spread throughout her community. People gave to honor a little girl who exemplified what generosity looks like in action. Many gave $9 a month to celebrate her age, a few others gave even more. What began as a gentle whisper of generosity spread throughout the region, the state, the country and beyond.

In a marketplace where it’s typically bad news that travels quickly, the story of this little girl’s giving heart went global.

The little girl’s $300 goal had been achieved. And even more so had her desire to make a difference.

(I recently visited with Scott Harrison, the founder and executive director of charity: water. He joined me on Live Inspired podcast to talk about his journey, his organization, and his heroes, and he shared the story of Rachel Beckwith. He also shared the story of taking Rachel’s mom to Africa to meet some of the 60,000 people who have clean water because of her daughter’s legacy. It’s one of the most amazing stories I’ve ever heard. Don’t miss it! Listen here.)

How Can We Follow the Example of Rachel Beckwith?

My friends, Rachel didn’t become significant because of her tragic death.

Instead, the manner in which she went about her life served as a wakeup call to the rest of us on what real success, real generosity, and real love look like in action. Through her lively spirit and desire to help others, she challenged thousands of others to do more through their lives.

This is your day.

I was so inspired by Rachel’s example that I made a commitment to support the work of charity: water with monthly contributions as a member of “The Spring.” The Spring is a community of passionate world-changers who are working toward the day when everyone has clean water to drink. Check out their story and join me here!

Live Inspired Podcast: You Are the Epicenter of Generosity (Monday Moments ep. 185)