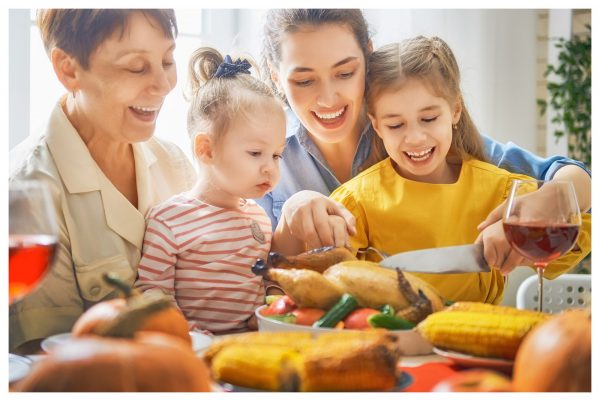 “The things that matter most in this world, they can never be held in the hand.” -Gloria Gathier

“It’s all gone. All of it. I can’t even imagine how we’ll begin to rebuild.”

This sad realization was shared by a woman who lost not only her home, but her entire neighborhood in the recent California wildfires. In the past few weeks, the devastating Camp and Woolsey Fires have claimed more than 80 lives, 15,000 homes, and several hundred thousand acres of forest.

Whether due to fire or some other unexpected event, rebuilding after a tragedy is something that binds all of us together. So how do we rebuild the life we lived when everything seems reduced to ashes?

My family has endured the sting of losing our house on two separate occasions. The first occurred more than 30 years ago. Although the fire was primarily contained to the garage and kitchen, the smoke and water damage forced our family into temporary housing for more than three months.

And while my family endured the challenges of being displaced for months, I recovered in a hospital bed after being burned on 100% of my body. It was a life changing experience for all of us.

The second fire tore through our house two decades later. A simple Pop-Tart that didn’t pop up caught the wallpaper on fire, spread to the cabinets and engulfed the entire house. Although no one was physically injured, the home was absolutely ravaged and the pain we struggled with [again] as a family was undeniably gut-wrenching.

But here are four things we learned after dealing with two devastating fires:

Four Lessons Learned from the Fires

1. It actually gets worse before it gets better (but it does gets better)
After simply surviving, the first questions center simply around basic needs. Where will I sleep tonight? What will I wear? What will I eat? What about my medicines? Then the questions get switched to rebuilding. How do I get a new birth certificate, driver’s license, or check book? Who will rebuild this and how do we pay for it? As the bright light of media attention fades, you’re left staring at a charred wreckage with the daunting task of rebuilding not just a home, but the lives that inhabited it.

2. The waves of sadness and rage come at unexpected times (and that’s ok)
Before we could rebuild, we had to take inventory of what could be salvaged. Between the water, the smoke and the flames of the second fire, little of the house I knew remained. But as I passed a wall where our former kitchen stood, I saw the outline where six plaster handprints once hung. They were molded by each of us kids when we entered kindergarten. The six little hands represented our family, reminded us of our youth, signified our togetherness, and hung proudly in our kitchen. Five were missing entirely in the debris, but one stoically stood watch, darkened by smoke, but steadfastly hanging on. Stepping through debris, I walked to it, gently, lifted it up. The darkened plaster crumbled in my hands. I carried the remains back outside, behind the dumpster, slumped over, and just broke down. The loss of that little plaster hand reminded me we had lost so much. Twice.

3. As acceptance takes root, new possibilities begin to flourish (the light at the end of the tunnel is not an oncoming train!)
A lifetime of collecting stuff went up in smoke. Meaningful paintings, family pictures, heirlooms and rooms of belongings were all destroyed. My parents, then, had a rare opportunity to reshuffle their life and decide what mattered enough to reinvest in, and what they could do without. From the ashes, they took inventory of literally every single item they possessed…and then determined which mattered enough to replace. That exercise, although unbelievably painful to go through, provides the liberating exercise of identifying the few things that really do matter, and the dumpsters full of charred stuff that do not.

4. The foundation is now stronger (and rests firmly upon what actually matters)
Last week we sat around my parents’ dining room table as a family. The table was purchased after the fire and was covered with flatware, silverware and cups that all were new. The walls surrounding the room, the drywall, paint and floors were all new, too. Although everything was different than before, we’ve grown through these fires to take inventory of the things that don’t fade away and won’t burn down.

What Do These Lessons Mean in Your Life?

My friends, although none of us know what tomorrow has in store for any of us, two devastating fires have taught my family valuable lessons. Seated in that house last week, around that table, as one family, with kids loudly playing in the next room, we were grateful both for all we’ve been through and all we’ve learned along the way. We remain grateful to still have the opportunity to come together as a family to celebrate the truth that life is seldom easy, but remains full of unexpected blessings.

And we’ve learned that it is sometimes in the fires of life that we finally take pause long enough to identify the things, gifts and people that actually matter most. [Tweet this.] | [Share on Facebook.]

None of this makes rebuilding any easier. But it perhaps it provides reassurance that in spite of today’s challenges, the best still remains in front of us.

Tags: fire | life after tragedy | tragedy | What Matters Most

1 reply on “What Matters Most”

I too lost my home and everything I owned in a devastating flood and then my Husband just left, I did not know what to do first, but you are right, it does get better, I have since remarried and I am happier than I have ever been. I now have a small home and I treasure the fact that it is the relationships that matter most to me.

One Question to Discern What Truly Matters “And now here is my secret, a very simple secret: It is only…