Losing the Battle, but Winning the War 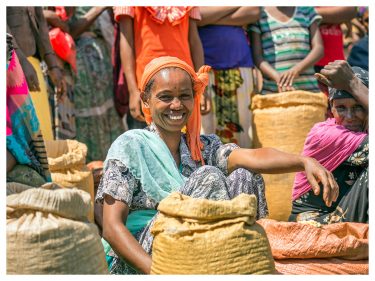 The White House Champion of Change.

The Unsung Hero of Compassion – presented by the Dalai Lama.

The Bronze Star for Heroic Service in Combat.

One of the 100 Most Intriguing Entrepreneurs.

These are just a few of several dozen awards and honors bestowed upon Jake Harriman.

How does one individual achieve so much? How do we leverage that possibility in our lives? And from where does greatness like this originate?

Well, for Jake the foundation was poured through his upbringing in West Virginia, instilled with values from his parents, strengthened at the Naval Academy, and solidified in the Special Forces. But it was a tragic predawn experience with an Iraqi peasant farmer that would change not only his life, but the world. Let me explain.

As the United States Marines pushed toward Baghdad in 2003, the fighting became more intense. Having been involved in a substantial battle the day before, Jake walked the front-line before dawn to ready his guys for the attack they knew was coming.

While huddling with a few of his soldiers, the hum of an approaching vehicle echoed in the distance. A little white car appeared on the horizon, rolled over a hill, and sped directly toward his position. As Jake and his troops prepared to open fire, the vehicle suddenly stopped. A man jumped out, began frantically waving his hands and sprinted toward the line of Marines.

With the sudden rise of suicide bombers, Jake screamed in Arabic for the man to stop. The man ignored him. Jake screamed again in Arabic, to stop running or they would open fire. The man instead ignored the repeated warnings; recklessly racing toward the American position.

At the moment Jake was about to fire, another vehicle appeared over the hillside. Men in Iraqi uniforms jumped out of their truck, approached the white car and opened fire into the vehicle.

It was then Jake Harriman finally understood what was happening: some poor farmer had been given the choice to either fight for the Iraqi army or die. He chose instead to pack up his family in the night and to flee. The brutal retribution cost his entire family their lives.

After the threat from the Iraqi soldiers was removed, the mourning farmer, Jake and a few Marines approached the vehicle. Jake saw the bullet-filled car and the carnage within. He saw an innocent family murdered and a father wailing in anguish.

And he saw the war through an entirely new lens.

Jake shares, “As I stood next to that man holding his blood-soaked little girl, something awoke inside of me. For the first time in the war, I put myself in his shoes. I thought to myself, I live in a world of choices, but what choices did this man have? It wasn’t fair that he had no choices just because of where he was born.”

Jake came to believe that sustainable victories in war must not be fought on a battlefield alone, but by exterminating the actual causes that lead to terrorism – including extreme poverty.

He made the difficult decision to retire from Special Forces. He went back to school to share his vision, create a business plan and build a network. Upon graduating, he built an organization that actively works to elevate, change and empower the lives of the most vulnerable around the world.

In the years since its inception, Nuru International has positively impacted more than 120,000 individuals around the world by empowering them to lift themselves out of extreme poverty.

But with more than 1.5 billion people still living in extreme poverty, Jake knows that the work is just beginning.

(I’ve had the good fortune of meeting thousands of leaders around the world. None have impressed me more than Jake Harriman. The former Special Forces Operator is accomplished (but humble), bright (but relatable), tough (but compassionate), and driven (but servant-minded.) He’s got a vision of changing the world for the better by focusing on the least among us. I encourage you to check out our most recent Live Inspired podcast to hear his remarkable story. Listen here.)

No, too frequently when problems arise as we lead our people, grow our business, deliver care in our hospitals, teach in our schools, or simply step through our lives, we treat the symptom, not the cause. And in doing so, we may win some battles and skirmishes, but rarely do we find true and total victory.

But Jake Harriman reminds us what is possible when we finally see what’s wrong, identify the cause, determine there is a better way, and fight forward to empower those you serve.

Difficulties and tragedies are part of all of our lives. We can choose to be changed by what happens to us. But we also have the absolute power to not only refuse being reduced by it, but to utilize it to elevate the lives of those around us.