The Purpose of Life 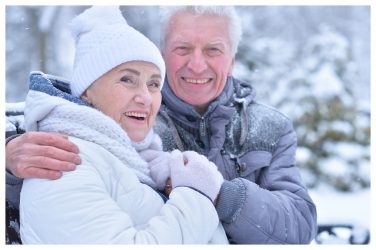 “The purpose of life is to live it, to taste experience to the utmost, to reach out eagerly and without fear for newer and richer experience.” -Eleanor Roosevelt [Tweet this.] | [Share on Facebook.]

There is no easy way, and certainly no singular right way, to say a final goodbye to a loved one.

Perhaps as close to perfect as I’ve ever heard, though, is the way attorney, diplomat, author and life-enthusiast Bob Goff said goodbye to his dear friend, Carol. Let me explain.

Bob Goff is vibrantly alive. He’s also possibly the most loving guy I’ve ever met. That love shines through in all he does, but perhaps it shone most brilliantly in how he treated his neighbor, Carol, as her cancer spread and she neared the end of her life.

As Carol became more ill, Bob wanted her to know she wasn’t alone. He wanted to remain in constant contact with her. And he wanted their communication to feel playful, whimsical, even life-giving. So, what did he do? He bought a walkie talkie set.

Carol had one walkie talkie and Bob the other. They communicated like little kids, talking throughout the day and sometimes even late into the night. As days passed, Carol’s voice softened and her breath became more labored. In one of their evening chats Bob asked if there was anything she’d wanted to do, but hadn’t yet done?

There was a long silence on the other end of the walkie talkie, then a little static, and then a labored response from Carol that she had never in her life toilet-papered anyone’s house.

Although typically a law-abiding citizen, Bob needed no arm twisting. A few days later, with arms full of toilet paper rolls and wearing disguises, the two snuck out. Carol held Bob’s arm for support, they crossed the street and began toilet-papering their neighbor’s two large trees.

It was the middle of the day.

As toilet paper came thudding down on another one of their friend’s trees, they laughed like little kids. Carol had the time of her life. It was a generous, unusual, and beautiful -albeit illegal- gift Bob gave his dying neighbor.

But it wasn’t his last.

For more than a decade their community had hosted a large neighborhood parade and encouraged everyone to participate, drawing hundreds each year.

Years earlier Carol had presided over the parade as queen. She was known by all. But this year, she was far too weak to leave the house, let alone walk in it.

Resting in bed, listening to the joyous sounds of the parade as it approached her house, she was surprised when she heard Bob’s voice in the foyer. A nurse guided him back to Carol’s room. Bob brought his two sons, got permission from the nursing staff, and the three Goff boys gingerly bent down, picked up their fragile neighbor, and carried Carol from her bed to the front window of the house.

As she sat in a chair, weakened and dying, hundreds of friends walked up the street, then down her walking path, and in various ways thanked Carol for being their neighbor. Some left flowers, others balloons, and many brought cards, but all shared through waves, words and tears that her life meant something to them, that she mattered, and that she wouldn’t be forgotten.

Through tears, the former queen of the parade blew kisses to her friends from her living room throne.

How Can We Help Others Realize the Purpose of Life?

My friends, we all have the capacity for this kind of impact as we guide friends and family at the end of their lives. But the reason I share this story isn’t about getting ready to die. It’s actually about deciding to start living.

Because after all, the purpose of life is to live it, to taste experience to the utmost, to reach out eagerly and without fear for newer and richer experience.

And we shouldn’t just do this on our own. No, we should encourage others to join us.

In doing so, we elevate not only our lives, but the lives of those we love.

Bob Goff lives one of the most spectacular lives of anyone I know. He has a lot to teach all of us about courage, forgiveness, love, death and life. To hear his story and grow from his wisdom, check out my most recent live inspired podcast. You’ll love it. And him! Listen here.