How to Comeback After Hitting Rock Bottom 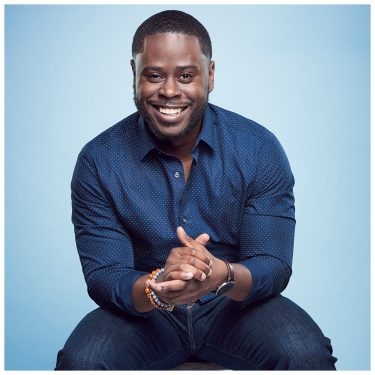 “The choices you make today determine the caliber of your future.” – Anthony ONeal

Anthony ONeal was raised in an extremely conservative, tremendously strict, yet extremely loving home where there was absolutely no time for movies, football or hanging out.

When he graduated high school, Anthony had had enough. He was ready to be out in the world, make his own decisions and have a little fun.

His first day on his college campus opened up a whole new world – parties, clubs, girls, new friends, games – there was so much fun to be had! It was one of the first individuals he met that most dramatically altered his life.

A smiling face behind a folding table offered Anthony two free pizzas and a t-shirt! To which he thought, “Free food? Free shirt to play basketball in? Absolutely – sign me up!”

However, in actuality what he was signing up for was his very first credit card. With a $500 credit limit, Anthony left with a couple pizzas, a comfy t-shirt and a credit card liberating him to explore the best college had to offer! Well, at least until his card was maxed out some 13 hours later.

That was the first of many decisions that snowballed into Anthony’s first year of college ending abruptly with him kicked out of school, homeless and with a whopping $35,000 in debt.

His parents didn’t help out because Anthony had just months earlier angrily told them he was his own man, could live by his own rules and didn’t need them to interfere. Simultaneously, the very friends who were with him when he had money to spend, were nowhere to be found now that he had nothing.

So, he parked his final possession, his beat up car, in a Wal-Mart parking lot and slept there. Every night. For months.

This was his Rock Bottom… But it was Also an Opportunity.

My friends, Anthony’s story is painfully relatable. We’ve all had dark seasons in our lives whether in adolescence, early adulthood, early marriage, post-divorce or experimenting with too much alcohol. If just a few more things hadn’t gone our way, we too could have been just like Anthony.

Remarkably, Anthony didn’t stay there and was able to turn his life around. After allowing his son to experience the kind of adversity no parent wants for their child, his father pulled into the parking lot and asked his son if he was ready to come home.

Anthony was ready. And under the tough love of his father and inspiration from author and financial guru Dave Ramsey, he learned to aggressively alter the way he lived, worked, spent and saved.

My friend, this is Anthony’s inflection point. He chooses to turn his rock bottom into an opportunity—working diligently to maximize the hard lessons he learned into a brighter future.

“Lesson Learned” is an Understatement

He first paid off that $35,000 debt, and most recently, broke ground on his very own house that he purchased in cash, without a mortgage. Anthony remains debt free.

Today, Anthony dedicates his life to teaching financial literacy to young adults so they don’t go broke like he did. He delivers clear steps on how to attain a higher education without accruing any debt (for example, why having a prestigious university on your resumé likely has less long-term value than you think and the dramatic advantages of working while attending classes). It’s remarkable and as many of my friends’ kids are now aging out of high school – it’s one so many of us need to hear.

Living inspired after hitting rock bottom is possible. And on my recent podcast episode, Anthony shares the road map to do just that. Listen here.

Opportunities come in all shapes and sizes. Remember, regardless of hurdles and hardships, you determine the caliber of your future. [Tweet this]