“Death leaves a heartache no one can heal,

love leaves a memory no one can steal.”

– From an Irish headstone 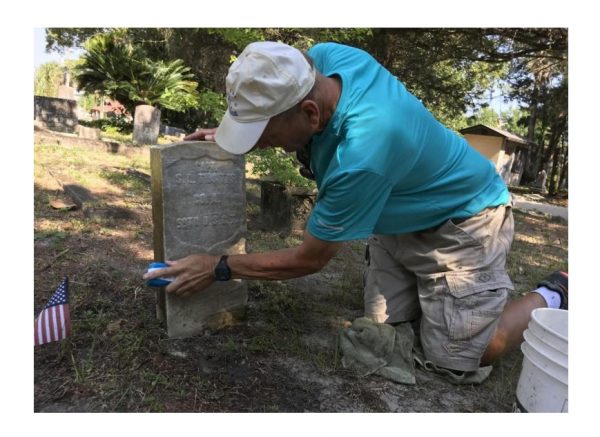 Typical of kids who grew up during The Great Depression, Bill was humble, hardworking, and selfless. Those values guided the way he spoke, acted, served and lived his life.

On December 7, 1941, Pearl Harbor was attacked and the United States entered World War II. The following morning, Bill enlisted in the US Army.  He served until the war ended in 1945. He fought in some of the most famous, most significant, and most costly battles during the war. He returned home a military hero.

It was the middle of the summer, it was terribly hot, and we got lost. The place was desolate. Countless headstones covered the grounds, but almost no visitors.  On this oppressively warm July day, we noticed in the distance one man. He appeared older and was bent over. A few flags were by his side, grass clippers were nearby, and he was scrubbing a gravestone.

The man was Bill Skinner.

My friends, today, many of us will enjoy a day off work.  We might sleep in, take walks in nature, watch shows on television, or get lost in a great book. Many will enjoy family or friends while social distancing. And many remain unaware why this day has been set apart, made special.

So on this Memorial Day, take pause and remember why we really have this day off of work. Give thanks for our incredible opportunities present in our lives today. And remember the ultimate sacrifice that provided these amazing freedoms.

In a world where we too frequently celebrate people based on their physical beauty, social following or professional successes, Bill Skinner reminds us what a true hero looks and acts like. [Click to tweet.]

Today, make sure that the humility, sacrifice, life and death of these heroes continues to shine brightly through those of us lucky enough to live on.

Stay Humble in the Pursuit

Showing Gratitude to Those Who Came Before You “What a grand thing, to be loved! What a grander thing still,…

"True humility is not thinking less of yourself; it is thinking of yourself less." - C.S. Lewis As I ate…