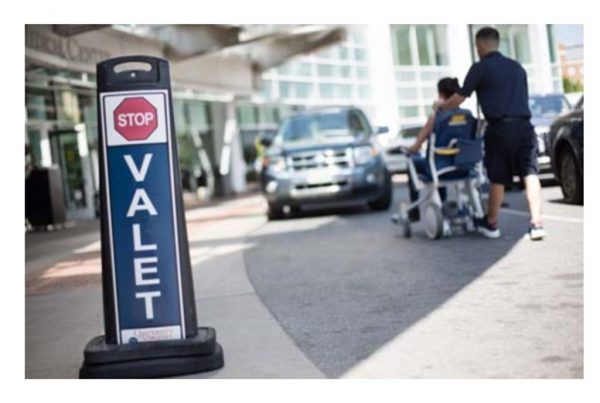 Seemingly insignificant and small acts of kindness can have a profoundly large and positive effect on the lives of those in need.

As evidence of this truth, let me share a sweet story from Chapter 16 of IN AWE about a young man, doing an ordinary job, who aided mightily in recovery. Scott will remind you of the mission behind your work and the immense influence you have to elevate the lives of those you serve.

Every day I spent in the hospital was sectioned off into little pock­ets of torture.

There were the brutal ninety-minute bandage changes.

And then the most painful part of the process, an hour of physical therapy.

For those of you who have had to recover from a painful injury, you know just how excruciating physical therapy can be. In my case, the extent of my injuries demanded the rehabilitation of every joint in my body. It was a critically important component of my healing, and led me to be able to return to life fully.

Enduring it, however, was agony.

I began the sessions in my wheelchair, then moved to yellow ther­apy mats on the floor, and concluded each session in a broom closet far away from other patients. The therapists took me there so that no one could hear my screams.

The sessions continued for more than a year after I was released from the hospital. My parents or a family friend would drive me to the hospital, drop me off at the physical therapy wing, and pick me up an hour later.

Besides knowing that my torturers would eventually tire and move on to the next victim (I mean, patient!), there was something else I looked forward to that got me through those difficult sessions: seeing my friend Scott.

Scott worked at the valet stand.

When he saw this nine-year-old kid wrapped with bandages, eyes reddened from the physical therapy session he’d just endured, Velcro-strapped into a wheelchair, waiting for a ride home, he must have recognized that this kid needed some extra attention.

Although Scott was incredibly old (a nineteen-year-old is ancient in the eyes of a nine-year-old), he would take time away from his job to keep me company. He would pull a chair alongside my wheelchair, look out at the driveway filled with emergency vehicles and we’d pre­tend all those ambulances were part of our army and that we were planning an ambush. Scott was my sergeant, and I was his lieutenant. He took orders from me.

For a little boy who had a team of doctors, nurses, and therapists always telling him what to do, it was a welcome reversal.

When my ride finally arrived, Scott would do one more thing that always made my day: He’d let me talk on his walkie-talkie.

We’d laugh uncontrollably as some angry security officer would hop on and yell: “Kid, get off the radio!”

With tears no longer in my eyes and a big, beaming smile on my face, I would be wheeled by Scott toward my parents’ car and he would help me in and tell me he looked forward to seeing me the next day.

It doesn’t seem like that big of a deal when I look back on it. They were, after all, just small moments of kindness. Yet to a struggling child, they made a huge difference.

Scott was a college student, trying to earn some spending money for the weekends. But even at that age, he knew that work wasn’t just about putting in the time and picking up a paycheck.

He knew that any job, when performed with excellence, could become something greater. He knew there were no insignificant peo­ple, that small acts mattered and little things made a big difference.

I believe every job we do matters, and all work is sacred. But too often, we can get caught up in busywork and neglect the essential life-giving work begging to be attended to. Sometimes we must turn away from the demands and instead focus on what truly makes a dif­ference.

The kind of work that makes us immensely proud.

My friends, regardless of our position in life – from an executive director to a valet – it turns out we are created to make a difference. As Scott reminds us: Small acts, motivated by love, can indeed change the world of those we encounter. [Click to tweet.]

Recognizing this current global crisis demands all of us to not only encourage with words, but also with actions: Our Live Inspired organization committed 100% of profits from our pre-sales and our first week of sales for IN AWE to my favorite organization, Big Brothers Big Sisters.  Few organizations leverage seemingly small acts of kindness to have a massive impact on the community more than BBBS.

Because of you, my friends, IN AWE became an instant national bestseller in its first week, selling more 6,500 books.  And because of you, an organization that makes a big difference will have additional recourses to elevate those in our community.

I remain grateful for you and in awe of your generosity, your support and your continued belief that the best days remain in front of us.

"You have been created so that you might make a difference.You have within you the power to change the world.”…