Skip to content
Home | Blog | You Know What They Say about People who Assume…
Monday Motivation | October 5, 2020

You Know What They Say about People who Assume… 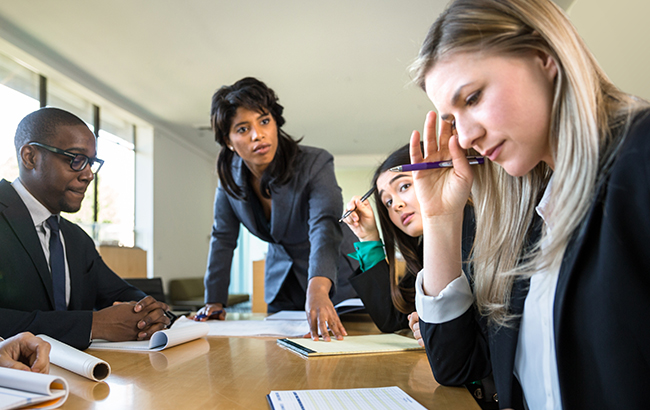 John O’Leary shows us why it is important to question our assumptions and give others the benefit of the doubt.

“Your assumptions are your windows on the world. Scrub them off every once in a while, or the light won’t come in.”― Isaac Asimov

With an empty Supreme Court seat, passionate social movements, and a wildly divisive election season upon us, we’re witnessing a season with profound public tensions.

In the midst of headlines, stories, agendas and debates that are often propelled forward on emotion, it’s never been more important to have clear, researched thoughts on how your vote will make the impact you hope to see in your country and our world.

And in a season of snap judgments, when lines are being drawn separating us from one another, it’s equally as important to invest the time to get to know another human being, to understand their opinion and how they came to it.

Too often we cross our arms, close our minds, cast our judgments and our votes while arrogantly assuming that not only are we the ones uniquely privileged with wisdom, but those we don’t agree with are simply cursed with abject ignorance.

I’ve discovered, however, when actually investing time to learn more about a subject or open myself up to authentically connect with another, how often my assumptions have been wrong.

This is why you give people the benefit of the doubt.

Several years ago, I delivered a three-hour workshop on growing top-line revenue and bottom-line profitability by pivoting our mindsets from trapped in adversity into embracing limitless possibility. There were eighty business owners in the room.

As I spoke, my eyes and attention turned toward him. The one person not engaged. My judgment started painting him for what I knew he was.

He was sitting in the back row. (Figures, he probably didn’t even want to be there)

He had the audacity to read the paper the entire time. (Shocking, surprised he could even read!)

Not once did he look up, participate or take notes and he was the first to leave when the session ended. (Not surprised. Probably went back to his hotel room to watch Showtime.)

I assumed I knew everything about this man. But my friends, our assumptions say far more about us than they do about the person we are judging.

During a season when many of us are lined up with those who look and act and worship and vote just like we do, staring across the aisle repulsed by the others who look, act, worship and vote differently than we do, it’s important we read that again:

Our assumptions of others say far more about us than they do about the person or group of people we are judging.

After the hugs and handshakes and exchanging of business cards, I made my way toward the elevator. In the hallway, waiting for the elevator to arrive, stood one person. There were 80 business owners that day, meeting planners, sponsors, and staff… and somehow the one guy I have to take the elevator with was him.

I looked down, still slighted, and prepared to walk past.

“Excuse me, John. Do you have a minute?”

This is why we should question our assumptions.

Andrew told me the morning session had been difficult for him. He shared that his younger brother had been involved in a car accident. The car flipped, his brother was trapped inside, conscious, alert, speaking, but unable to get out. Although there were others attempting to free him, there was nothing anyone could do when the car exploded into flames.

The first anniversary of his death was tomorrow.

Before parting ways, he thanked me for fighting through my pain, speaking to organizations, and reminding others that there is always reason for hope. He shared that he had been incredibly discouraged lately and it was a message he desperately needed and was excited to share with his entire family.

With tears streaming down his face, he gave me a hug.

A moment earlier I judged Andrew as being aloof, indifferent, disengaged and generally just a bad guy. After we parted ways, I knew him to be personable, considerate, suffering and just trying to get through a very difficult day. Getting to know him and hear his story changed my perspective entirely.

It’s a dramatic reminder that our assumptions say far more about us than they do about the person or group of people we might be judging.

So, my friends, who are you judging today?

Political divides are humanmade; have a meaningful conversation.

What political party are you sure is wrong? What group of people do you consider idiots? Which individual can you just not stand?

As long as we continue to live separately and only spend time with people who think as we do, live how we live, vote how we vote: We will remain filled with judgments, anger, evaluations, and condemnations. We will continue to see them as less than and unworthy.

True courage is seldom revealed standing with people who already agree with you.

Sometimes true courage is as simple and as difficult as challenging your assumptions.

They are, after all, your windows on the world. And if you don’t scrub them off every once in a while, the light won’t be able come in.

In a darkened marketplace with so much negativity and certainty of opinion, maybe living with a little more humility and acting a little less on assumptions will provide some desperately needed light.