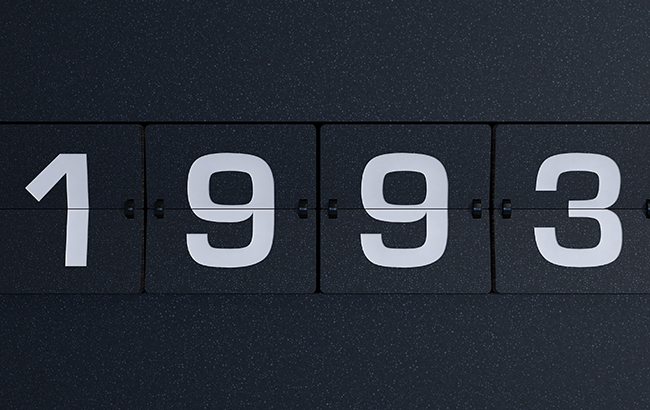 John O’Leary takes a look back in time at the letter that George Bush left for Bill Clinton because it is the lesson in leadership and coming together we all need right now.

“How can we move forward, together?”

Many of us are asking this question as the tension we’d hoped might be alleviated on election day continues to loom as we move through this contentious, contested aftermath.

We had a Republican president and a Democratic challenger.

Most experts shared that the lead up to the election was not only the most contentious of any in living memory, but also carried unprecedented importance in shaping where the country went next.

With the economy in a recession and the nation polarized, lines were drawn, emotions ran high, friendships were lost, and the election brought the highest voter turnout in US history.

And when the votes were counted, a majority of the nation voted to move in a new direction for the country with a new leader in the White House. Sound familiar?

These similarities from the 1993 election and the 2020 election are uncanny.

Everything described above took place not last week, but almost three decades ago.

The candidates weren’t Trump and Biden, but Bush and Clinton.

Something that happened soon after is THE example we all need right now to be leaders and begin breaking down political divides and rebuilding our country.

The remarkable similarities of where we’ve been in the past should remind us that although we often hear the times we live in are somehow radically different, somehow far more challenging, or somehow totally unprecedented, history reminds us there is nothing new under the sun.

And in learning from past mistakes, there is much to be learned about the power of giving grace, coming back together as one, and growing together truly united.

The last presidential act of George H. W. Bush reminds us of our power to draw together as one nation regardless of if we feel we won or lost the election.

About to leave the Oval Office for the final time, President Bush looked around the walls he’d become familiar with after eight years as Vice President and four leading the country.

He considered the challenges of leading a nation, the profound honor of serving it, the mistakes he’d made, and the positive impact he’d been part of making. He then grabbed a single sheet of White House embossed paper, a pen and wrote a short, powerful and galvanizing letter of support to his opponent.

Bill Clinton and George Bush came from dramatically different backgrounds, were diametrically opposed on many significant issues, policies and goals. The election itself had been nasty and for almost a year they traded barbs.

What would you say to someone who attacked your record for months? How would you address someone you felt completely opposed to? What advice would you offer to someone taking your job, leading your country, and preparing to shift away from many of the policies you cared most about?

The letter President Bush wrote to Bill Clinton on his final day in the Oval Office is everything we need to hear right now.

The letter below was penned by President Bush and is one we all might benefit from reading – and living – during these equally divisive, difficult and tumultuous days:

When I walked into this office just now I felt the same sense of wonder and respect that I felt four years ago. I know you will feel that, too.

I wish you great happiness here. I never felt the loneliness some Presidents have described.

There will be very tough times, made even more difficult by criticism you may not think is fair. I’m not a very good one to give advice; but just don’t let the critics discourage you or push you off course.

You will be our President when you read this note. I wish you well. I wish your family well.

Your success now is our country’s success. I am rooting hard for you.

This short letter lays out both a challenge to be sincerely graceful in the manner in which we embrace our defeats as well as a challenge on how to show compassion to those who feel differently than we do.

The question we all need to answer: How can we move forward together?

So, how can we move forward, together?

For those who voted for President Trump, what is your wish for your likely future president, Joe Biden? And what are your hopes for more than 70,000,000 of your neighbors who voted for him?

For those who voted for Biden, what do you wish for Trump? What are your hopes for the more than 69,000,000 of your fellow citizens who voted for him?

George Bush was a man who saw true evil while flying in the Pacific during World War II and served his country after coming home for almost four decades. He reminds us all, regardless of how we chose to vote, how we should answer these questions.

Instead of modeling the intolerance and backlash being promoted on social media, perhaps we can model through our words, actions, thoughts, lives the encouragement shared by Bush during a similarly contentious time.

What if we can look at those who worship, believe, and vote differently than we do, and choose to wish them well?

What if we, rather than resenting others, choose to sincerely wish them and their families well? And what if we fully embraced the truth that the success of the individual leading the country is leading to the success of everyone living in that country?

Regardless of how you voted, we must come together.

And, this final point will be hard for many of us to read, but is a fact: Whoever is in the White House next January, we should root hard for that person. For their success is now ours.

This letter gives me hope at a period of time that our country and the citizens it holds are at great odds. It is sad and disheartening to watch and listen to. This simple short letter from George Bush to Bill Clinton is heart felt and shows a lot of integrity to do and say the right thing. We all need to come together and feel the human aspect of politics and move forward and wish the president and president elect success in their next journey. Thank you for sharing..

Hi John. Thank you very much for publishing this. I agree. This is something that we all need to hear and live by in these times. Thank you for all that you do. God bless.