Skip to content
Home | Blog | Tokens and Talents: The Audacity to Give
Monday Motivation | February 27, 2021

Tokens and Talents: The Audacity to Give 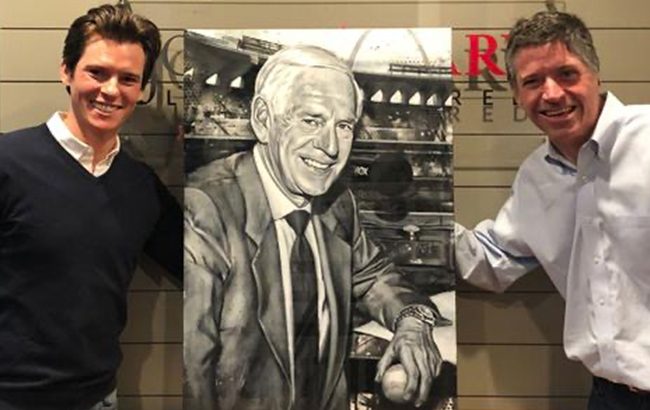 John O’Leary shares the best gifts he’s ever received and why the audacity of giving is more important than the gift itself.

After delivering more than 2,000 speeches and speaking live to several million people, I have been honored to not only hear amazing stories from audience members, but on occasion to receive gifts from them. A few have been unforgettable.

These are the unforgettable gifts John O’Leary has received from audience members after more than 2,000 speeches.

First was from a woman who approached me with tears in her eyes. She hugged me firmly and shared that three months earlier her son had passed away. She then reached into her purse, grabbed a hat, and shared that this was her son’s favorite hat. He wore it before the diagnosis and throughout his treatments. She handed it to me and insisted I keep it.

Another was from a gentleman. He shared that he was from the Cherokee Tribe, thanked me for reminding him of the value of his story, the resiliency of human beings and the power of individuals to impact others. He then took off his beaded necklace, placed it on me and walked away.

What a rock and a painted masterpiece have in common.

Of course there was a gift from a very special little girl and her dad. Talking was difficult during our visit because she had developmental delays, and yet we persevered to discuss our mutual love of friends, music and nature. I signed her book, gave her a hug, and they walked away. A moment later she came running back, hugged me again and handed me a rock. She shared that it was her favorite rock, but she knew I’d love it even more. She was right.

And finally, one of the most remarkable gifts I’ve ever received, was a hand-delivered just a few weeks ago.

Kyle Lucks and I first met in 2019 at a conference he was working in Florida. At the time, he was in the meetings and events industry and there happened to be a guy named John O’Leary speaking. Kyle hadn’t expected that one of the speakers would be from his hometown of St. Louis. And he hadn’t expected to be moved to tears when he was supposed to be working.

Kyle shared that it was as moving a presentation as he had ever heard. It was, however, only after the second time he hearing me that he was stirred to action.

Unable to travel for work because of the global shutdown of meetings and events in 2020, Kyle was able to fully engage in his greatest passion and true calling: painting.

Kyle Lucks is a master artist and partners with corporations, universities and individual collectors to create works of art to adorn their walls. It’s a talent he’s always possessed, something he has always love, but it took a global pandemic for him to turn the entirety of his attention to making it his living.

What more can I do?

This past November his mother invited Kyle to join her for a virtual seminar. The company where she works was offering a program for their employees and families. One of the presenters was a guy named John O’Leary.  {I know, how lucky could Kyle get!?}

Although Kyle knew parts of my story, the emotion he felt live the previous year was magnified and multiplied virtually. He was moved with a profound sense of gratitude for all he had, motivated by the desire to utilize his talents he possessed and called to make an even greater difference.

At the end of the session I challenged the audience to not only ask the question “What more can I do?” but to have the audacity to reflect on it, answer it, and take action on it.

Desiring to thank me for the powerful inspiration, he set out to bring to life the person who so deeply influenced my life: Jack Buck.

Kyle researched our relationship and sought to truly know who Jack was. Brush stroke by brush stroke, he set out using acrylic to bring to life the person who taught me the power of generosity and the transformation in daily answering the question, “What more can I do?”

On an otherwise ordinary day at my office, Kyle surprised me with a visit. He shared how we met originally, the impact of my words in his life, and the desire to thank me for it. He then revealed a stunning 24” by 36” portrait of my friend, Jack Buck.

Why the gift is less important than summoning the audacity to give at all.

The masterpiece has hidden meaning throughout. There’s symbolism in the baseball in Jack’s left hand, the tie he’s wearing, even the ruggedness of the backdrop. My favorite, though, is when the light catches the painting at just the right angle, the words “KID, WAKE UP. KEEP FIGHTING” appear through a special glossy spot varnish.

Every single time I look at the painting I am amazed someone took the time to create a gift like that for me. And every single time I am stirred not only by the generosity, talent and kindness of Kyle, but also by the man he captured so brilliantly in the portrait.

My friends, regardless of the work we do or the gifts we possess, our calling in life is to embrace our talents for a cause even greater than ourselves. Although many want to know “What’s in it for me?” let’s commit to asking “What more can I do for others?”

A tattered hat. A worn, beaded necklace. A simple rock. An acrylic masterpiece. A kind word.

The important thing isn’t what you give. It’s having the audacity to take action and give.

2 replies on “Tokens and Talents: The Audacity to Give”

Take me to the place in your writings that cover fear of failure. I have failed so much that I just can’t re attempt art or relationships.

Kathryn, I don’t how much this will have meaning to you ….because like you, I am in the audience, reading Mr. O’Leary’s words as an observer.

However, John’s words and his story inspire me deeply, and your particular question has moved me to answer.

I have been a firefighter for more than twenty years. I don’t want to admit that I have fear of anything on this earth.

But in truth, I have had a dream of being an artist most of my life and my fears of not being good enough have kept me from finishing a number of projects and opportunities.

What counts is that we get back up…and never give up….

And sometimes it is our relationships, and selfless desire to help others that gives us meaning to help us succeed.

I’m continuing as an artist even if the work I do is lousy…. and I’m forcing myself every day to have the courage to keep drawing. I’m doing a thousand drawings this year. And who knows? Maybe a few might turn out to be pretty good.

Let me tell you with all my heart that you CAN attempt art and relationships.

In reality, all we do in life are kinds of art … and all we encounter are relationships, so in all likelihood, you are already doing much more than you realized.