The Problem with Forecasting the Weather 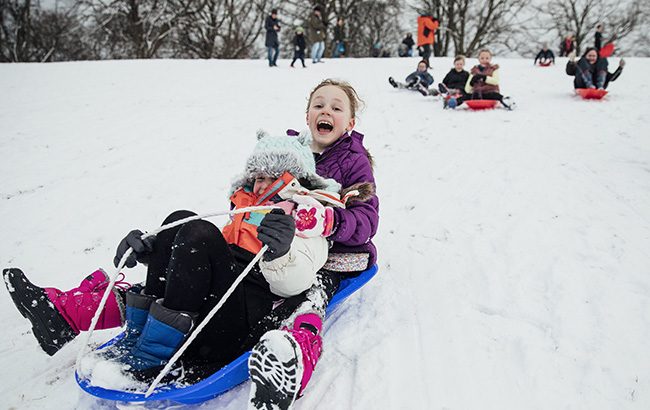 John  O’Leary shares the problem with forecasting the weather and how understanding it just might help you find that elusive “extra time.”

“Is it going to snow tomorrow?”

This is a frequent question my kids ask as I tuck them in at night. The possibility of the rigors of a day at school replaced with the freedom of sledding down a hill fills them with hope. The fact that it doesn’t often snow in St. Louis doesn’t deter them from asking the question nightly!

Sometimes, faced with the prospect of a large snowfall, schools call off only to have us wake up to a light dusting. Other times, we’ve gone to bed with the prediction of a light overnight dusting only to wake up to inches of snow piled up.

Weather, it turns out, is hard to predict.

A business analyst’s forecast and how it can help you find that elusive “extra time” you’re always looking for.

On Monday, November 7, 2016 I spoke at a conference for business leaders. The expert who spoke before me was an economist. He shared his perspective on where we were in the business cycle, where rates were heading next, where to make large investments, where to pull profits and what to expect in the next 12 months, three years and 10 years of operating a business. The presentation was engaging, the charts were beautiful, the message was delivered with conviction.

Everything the economist shared that day was based on the obvious outcome of the election of the 45th president of the United States the following day.

The expert based every slide, chart and prediction on the presumption Donald Trump would lose. Hilary Clinton, he knew, would become the new leader of the United States. Obviously, the former Vice President Biden would be permanently out of politics. And, it goes without saying, the strength of the CDC would ensure we’d never have to navigate some rogue virus spread.

The future was clear and we had life figured out.

Until about 24 hours later when the election was called for Trump and Clinton was permanently out of politics.

Looking further into the future, what the expert could not account for was that former Vice President Joe Biden would reboot his political career eventually leading to his presidency and an imperceptible virus from a city few had ever heard of would emerge to change the world.

Life, it turns out, is hard to predict.

Maybe we should spend less time dissecting every detail of what’s happening in order to predict what “is certain” to occur next. Instead, we could spend that coveted time celebrating the very real and present joys in life right now; seeking ways to better live it, together.

Want to live a richer life? Do this instead of watching the news.

In a marketplace addicted to the 24-hours news cycle and the latest trending topics in our social media feeds, consider taking a break. No, it won’t make you ignorant of the events of the world, but instead free you to control the things you can, let go of what you can’t and celebrate the unexpected along the way. We too often confuse knowledge with wisdom and conflate someone else telling us what matters with embracing the things that actually do.

So, is it going to snow tomorrow?

I have no idea.

Weather, like life, is hard to predict. But if it does snow let me encourage you to grab your boots, throw on a warm coat and sled down some hills.

1 reply on “The Problem with Forecasting the Weather”

After my Parkinson’s Disease diagnosis, my primary care provider introduced me to Mayaka Natural Clinic and their PD Formula protocol, the herbal treatment has made a tremendous difference for me. My symptoms including numbness and muscle weakness all disappeared after the treatment plan! Their website is w w w. mayakanaturalclinic. c o m