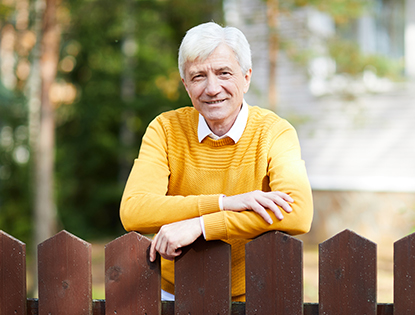 John O’Leary shares how he learned to combat loneliness and build authentic relationships through talking to a neighbor.

And so begins a song many of us recall fondly as part of the soundtrack from our childhood. These were the lyrics Fred Rogers sang as he walked into his house, smiling lovingly at us.

He then reminded us for more than three decades how to get along with others, the potential for joy within the everyday, the profound gift of our own life, the value of differences, and the power of a united neighborhood.

The show first aired back in 1968 and since then, the notion of what is a good neighbor has changed.

Why we don’t know our neighbors anymore and why we should.

For many, with the click of a button, our garage door opens, we pull our car in, push the button and the garage door shuts behind us. We enter our house without needing to interact with anyone.

According to a 2018 study done by Pew Research Center, only 26% of us report knowing most of the people living around us. Even more is that 21% of the youngest of us, ages 18 to 29, report that they do not know a single neighbor.

The cynics reading this are thinking, “Who cares? I have enough friends. I am busy enough. The garage door is there for a reason. I don’t need more relationships. And besides, have you met my neighbor, O’Leary!?”

But my friends, in a world where we are digitally connected to innumerable others, the majority of us report feeling more isolated and lonelier than ever. The solution to combat loneliness isn’t connecting with more and more people digitally. Instead, it’s putting energy into building enduring, authentic relationships. Not that it can’t be done virtually, but the depth of connecting with someone in close physical proximity can’t be overlooked.

Connecting with my neighbor showed me the key to combat loneliness is likely right on our own street.

Years ago, I watched as a man walked past my house with a white cane by himself. As the cane swiped and searched the terrain in front of him, I was amazed he was able to navigate the neighborhood without the ability to see. A few days later I was outside working and saw him walk by again. Finally, a few days later I was playing outside with my son and when the same man walked by, I introduced myself.

I learned during this visit, and the many that followed, that Bill lost his vision and nearly his life when he was shot by a stranger at close range. About the murder of the two men he was walking with. The early months he spent learning to navigate life unable to see. And how, eventually, he was able to learn new skills like skiing without the ability to see. As he shares his stories, I’m constantly in awe of how he boldly moves through each day.

This month Bill released an outstanding book called Snow Blind detailing his story, his injuries, the mindset required to overcome them, the people who showed up to support him, and an unlikely romance with a nurse who took care of him and ultimately became his bride.

Take a page from Fred Rogers’ book to ease the loneliness epidemic we’ve been experiencing.

Years ago, in my front yard, playing with my kids, focusing on my life, I watched as a neighbor a few doors down made his way with the assistance of a white cane guiding him along the bumpy sidewalk past my home. And I almost let him walk past, again, without saying a word.

I remain grateful we connected that day and became friends over time. Bill and Ginny have enriched our lives, not just through the manner in which they live theirs, but by reminding those who take the time to meet them of the limitless possibilities within ours.

The song Fred Rogers would sing while tying his shoes, grabbing his sweater and readying to step into his day ended with these words:

You help to make each day a special day
By just your being yourself
There’s nobody else in the whole world who’s exactly like you
And people can like you exactly as you are.

My friends, life can feel isolating, divisive and difficult but it doesn’t have to. There remains cause for confidence, optimism and joy. Perhaps the best place to begin rebuilding, reconnecting and returning to the truth that better days remain ahead is with the very people in our neighborhood.

You might reach out to them simply because it’s the nice, neighborly thing to do. But in doing so, the life that will be elevated, inspired and changed could be yours. 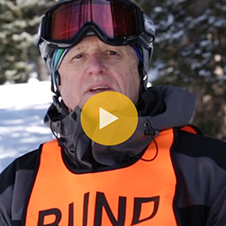 I visited with my neighbor last week for the Live Inspired Podcast. It was an inspiring conversation with a great guy and you can listen here.