How One Person Saved 669 Children 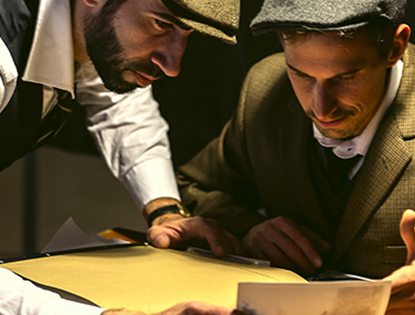 John O’Leary shares the unbelievable story of Nicholas Winston to remind us that one person can change the world.

“Save one life. Save the world.” – Jewish Proverb

While traveling for work through the UK years ago, I was introduced to the story of a man who is absolute proof that one person can change the world.

In 1938 Nicholas Winton was a 28-year stockbroker living in London. He planned to trade the gloomy rain of England for the glorious mountains of Switzerland for a holiday ski trip. A phone call from a friend changed his plans. And his life.

Martin Blake told him to forget the skis and come instead to Prague. They had something far more important to do.

With Europe tipping toward total war, the men anticipated the plight of Jewish children in Czechoslovakia.

A shining example of how one person can change the world came at the dawn of the Holocaust, when a man skipped vacation to personally save 100s of children.

Before the Nazis made traveling out of the country impossible, Winton filled seven trainloads of children transported safely to freedom. He saved these children’s lives.

And yet, he never told anyone what he did. Not even his wife.

Five decades later, in 1988, his wife stumbled upon an old ledger with names in it. She asked Nicholas what it was and he explained what he did in 1938 and 1939. He just wished he had done more.

After news of this story broke in a local paper, Winton was asked to share his story with the BBC. With cameras rolling and a live audience, the host was clearly moved by Winton’s actions and humility. As the interview concluded, he asked one final question, “Is anyone in the audience a child that Nicholas personally saved from certain death?”

A woman stood, wiping her eyes.

And then a man stood.

Until the entire audience was standing.

Winton stopped looking around at the audience, put his head down, and wept.

You can change the world, starting with yours.

My friends, while others turned their backs, felt indifference or were simply paralyzed with fear, Winton took accountability, accepted risks and rescued children. In all, he directly saved 669 lives through his bravery and selfless actions.

Some of the children gave him a ring to show their gratitude. It is inscribed with six simple words from the Talmud: “Save one life. Save the world.”

So, can we actually save, change or fundamentally improve the world?

Well, it may not be trainloads of children we save. We may not end up on BBC for our valor. We may never be Knighted by Queen Elizabeth or receive the highest honor from the Czech Republic.

But undoubtably, small acts of kindness, done in love, can have mighty ripple effects. We’ve all experienced that healing power in our own lives.

In a marketplace that often feels divided, isolated, and hopeless, we’re called to be that example to others in their lives.

This is your day. Live Inspired.
John O’Leary 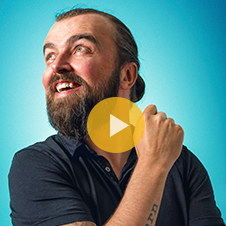 Want to hear another story about unconventional thinking that leads to significance and success? Check out my most recent live Inspired Podcast episode with Scott Stratten here.

3 replies on “How One Person Saved 669 Children”

I remember watching a video I believe about Nicholas Winton. A very moving story. I wonder what happened to Martin Blake who got him started on this huge act of kindness.? Thank you for sharing this story.

John!
Thank you! I really needed to hear this message at this very moment of my life – today, right now. I’ve adopted 3 children from foster care and many other children have into and out of my life (but never out of my heart). Although, birthed from other parents, I have chosen to love each of them as my own. I don’t get accolades, honors or merit… in fact, I usually get spit in my face, “you’re not my real mom”s, and false accusations. I keep loving and keep crying for them and for me. I had just wiped my eyes again before I got your email. I had just asked myself – why do I do this… do I even make a difference… what if I just lived my life and forget them… I had almost forgotten what I always tell people who ask me why I keep doing this: I may not be able to save the world but I can save their world. Just like your message – Save a life. Save the world. Thank you for the reminder and a spark I needed for today. God bless you!

this is an incredibly powerful and moving story. thank you for sharing it and thank God for people like Nicholas!