Skip to content
Home | Blog | What if it’s not about approval ratings?
Monday Motivation | May 1, 2021

What if it’s not about approval ratings? 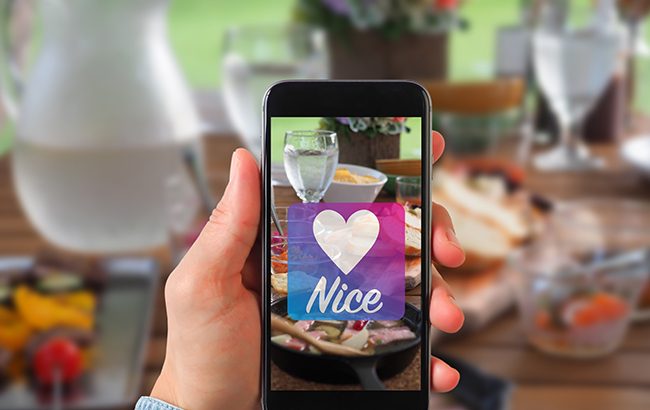 John O’Leary shares how the approval ratings in which we view our photos, actions, thoughts, lives is a broken system.

The goal of our lives is not status or ease, but leading, serving, elevating and inspiring in such a manner that other lives are better because we were part of it.

A week ago a friend sent me a hilariously negative review he found on Amazon regarding my book On Fire.

Although there are 100s of 5-star reviews, he was kind enough to bring to my attention an alternative perspective. Perhaps my favorite line from this 1-star rant included the mic drop sentence: “In a just world, O’Leary’s readers would be compensated for their time.”

Yeah, tell me something my kids haven’t already told me nightly for years!

It’s not just presidents who are in the spotlight these days. We spend significant time rating others and ingesting their judgment of us through social media. With a single click on our photo we know if the cake was cooked perfectly enough, the vacation nice enough, the stance on any societal issue right enough… or woke enough. In today’s marketplace, everyone has an opinion on everything – and the technology to broadcast it.

But, my friends, maybe this measurement system is broken; because being liked and high approval ratings isn’t the almighty goal, is it? Shouldn’t we instead use our lives to create positive influence, substantive impact, and elevate the world for good, starting with our own?

Instead of worrying about being like, John O’Leary models his life after these people.

To remind myself of this truth, my office is covered with framed photos of people who exemplify living it. One wall is full of individuals I’ve had the honor of interviewing for our Live Inspired Podcast. They remind me of the ability we all possess to overcome, adapt, and become better versions of ourselves even in the midst of adversity.

Another wall boasts pictures of my family. My wife, kids, siblings, parents and grandparents inspire me to remain actively engaged and steadfast in the work I do. This wall reminds me both why the work is important and the need to not take for granted the blessing of family.

Opposite of that wall there are pictures of some of the greatest change agents of our time including Mother Teresa, Oscar Romero and Abraham Lincoln. There is, however, in their midst a man pictured who was wildly unpopular when he died.

In 1968, a country that could agree on very little, agreed on their dislike of this person and the irrelevance of his movement. After more than a decade of speaking, marching, writing and mobilizing, many believed his time passed and his ideas were ineffective. The year he died, this man had a 75% disapproval rating.

His call to end racial injustices through non-violent protests wasn’t aggressive enough for many who wanted more change faster. At the same time, his efforts were far too aggressive for others who either didn’t want to see change or didn’t view racism as their problem.

His repeated calls on government, corporations, and individuals to recognize and redeem the agonizing plight of those in poverty was deemed radical. In the wealthiest country in the world, he had a dream of elevating the lives of every citizen within that country and becoming even more generous with those struggling in other countries.

Why it doesn’t matter that Martin Luther King, Jr. had low approval ratings and that your photo didn’t get many likes.

His call for non-military solutions to global conflicts as a pathway toward collective peace was considered idyllic. He argued adamantly against the war in Vietnam, which was considered a necessary and winnable war at the time.

And yet, today, no one wonders if Martin Luther King, Jr. was right.

No serious person debates whether non-violent protesting can indeed lead to transformational change. No one cares that his approval ratings were low. Nearly 75% of citizens disapproved of his stance against violence, poverty, war, racism, and hatred.

More than 50 years after his murder, we have far more insight into the clarity of his thoughts, wisdom of his words and transformational power of his life. We also have ever greater clarity on the opportunity still present to work and realize the many dreams he shared while living.

But my friends, my encouragement for us today is to shift our focus away from attaining popularity and instead towards being impactful for good. The goal of our lives is not status or ease, but leading, serving, elevating and inspiring in such a manner that other lives are better because we were part of it.

In one of his final speeches King spoke to a junior high school in Philadelphia. He challenged the young people to recognize the beauty and dignity of their lives regardless of the work they would do. And he left them with inspiration that might benefit us today: “Be a bush if you can’t be a tree. If you can’t be a highway, just be a trail. If you can’t be a sun, be a star. For it isn’t by size that you win or fail. Be the best of whatever you are.”

This is your day. Be the best of whatever you are. And live inspired.

7 replies on “What if it’s not about approval ratings?”

John- Your words ring true. Do what one believes is for the betterment of others and society and don’t worry what others think. Thee popularity contest ended in high school. Live Inspired to make a difference!

John, Could not agree more with your thoughts. It’s not about Popularity, Power & Wealth which I feel is what dominates politics today. Where are the “Statesman” that just want to do the right thing? Bothers me enough to respond to your Blog. Also long overdue thanking you for sending me a signed copy of your book which Brian ask you to send me. Thanks so much for continuing to think of me. Keep up the good work my friend!!!

Thanks John for reminding me and us not to seek approval above being what the Lord has formed us to be, and to try to follow the lives and inspiration of prophets like King Jr in our own way and in our own circumstance. Martin lived the truth so courageously. May we all have the courage to live our truth.

Thank you. After reading a particularly ridiculous email about my small business from an extortionist threatening bad social media reviews (on all platforms, no less), your message today was timed perfectly and much needed by me. Go Cards!

Very well written. I agree that we focus too much on popularity (what everyone likes or dislikes) and less on the goal. The goal is to live our lives the way God intended. We are not all meant to be celebrities, politicians or famous. However we do have a purpose and once we find that we will be unstoppable. Thanks for sharing John! FYI: I don’t feel the need to be compensated for reading your material.

John, I had the privilege of meeting you at an IAITAM conference and signed up for your emails. Thank you so much for using what God has given you to inspire and encourage others as you continue to remind us of what is more important in life.

There are times I feel that I can’t make a difference. I can’t be a highway for others, but your reminder from Dr. King that I can be a trail was emotionally and spiritually supportive.

Thanks again John. God continue to bless you.