More than Coffee (You Matter) 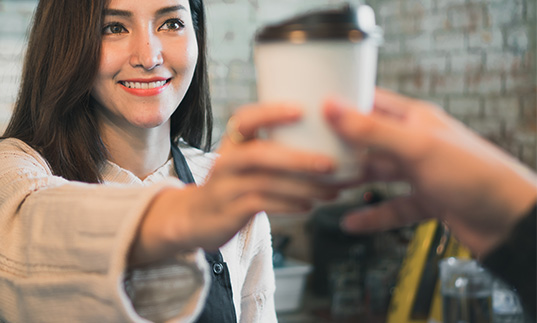 “Just as ripples spread out when a single pebble is dropped into water, the actions of individuals can have far reaching effects that change the world.” – Dalai Lama

John shares how Starbucks baristas impacted a customer’s life as a reminder that we greatly impact those around us.

A small drip  coffee and a blueberry muffin.

This was the order placed at a Starbucks by a gentleman named Jim.

Jim didn’t seem like he had many friends or family. He lived alone across the street from this coffee shop in a retirement home. Every afternoon at 2pm, he’d walk across from his apartment, walk in with a big smile and place the same order.

There was a short interaction between Jim and the baristas working. They’d thank him for coming, offer him a compliment and a good-natured criticism of his beloved Philadelphia Eagles. Then, they’d tell him they looked forward to seeing him tomorrow. In other words, they would simply be kind to a gentleman who frequently felt alone.

You won’t believe the impact the sweet, simple gift these Starbucks baristas gave had on their customer.

These baristas would do one additional thing before handing Jim his coffee and blueberry muffin. They would write a short note of encouragement on it.

It wasn’t much. They’d write a favorite quote, affirmation or acknowledgment that they were grateful for him.

Jim would take his items, thank the baristas and walked back to his retirement home.

One afternoon as it approached 3pm, they realized Jim hadn’t made it in yet. When he failed to return the following day, a barista walked across the street to check in on him. The receptionist shared that Jim had passed away over the weekend.

Although these Starbucks baristas only knew Jim from their momentary interactions with him, every one of their hearts broke when they learned the news. Jim had become part of their family.

A beautiful reminder that you matter and your actions and words shape the lives of those around you.

The following morning a family member entered the store and invited them to the memorial service taking place the following afternoon. As humbling as it was to be invited, it was what they saw entering into this facility that caused them to lose their breath.

In this room, with just a few family members and friends, were three large round tables. These tables were stacked high with old Starbucks cup sleeves with handwritten notes on them.

Writing a simple note on a bag. Offering a little encouragement on a cup. Looking people in the eyes. Seeing someone else as a unique, worthy and important individual. This all seems so little, insignificant, small. But for Jim, it was a reminder that he mattered, that he fit in, and that there were people who loved him.

Don’t underestimate that doing little things well greatly elevates the lives of those around you.

My friends, in a marketplace that so frequently feels disconnected and isolated, all too often we view our jobs, tasks, and even life itself as being insignificant. We forget the incredible power and possibility we possess through doing little things well to elevate the lives of those around us.

Today, be reminded of the magnificent power of your life to influence change for good. It turns out regardless of our age, status or job title, that the ripples created by our actions truly do have the ability to impact lives around the world, across the street and across the aisle.

Not sure where to start? Start with the reflection in the mirror. And start today. 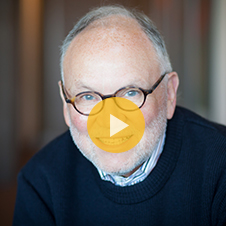 This story was shared with me by my friend Howard Behar, retired president of Starbucks. He saw Starbucks grow from a couple dozen stores to more than 15,000 around the world. How did he do it? By reminding his team they were in the People business serving coffee. Click here to hear my conversation with Howard on Episode #378.

5 replies on “More than Coffee (You Matter)”

This powerful little story illustrates beautifully the impact of our small acts of kindness. May we follow the example of those baristas. Thanks for this inspiration, John!

This was such an uplifting story and I loved it. Frequenting one of our Starbucks locations in our city, I can imagine this happening. The employees always go out of their way to make everyone who walks into the shop feel welcome and appreciated. It just goes to show that you never know how much of an impact you make on someone else just by offering a kind word!!

Beautiful example of how we can all do something to make the world a better place.

John,
You continue to find and bring out the best in humanity. I appreciate you.