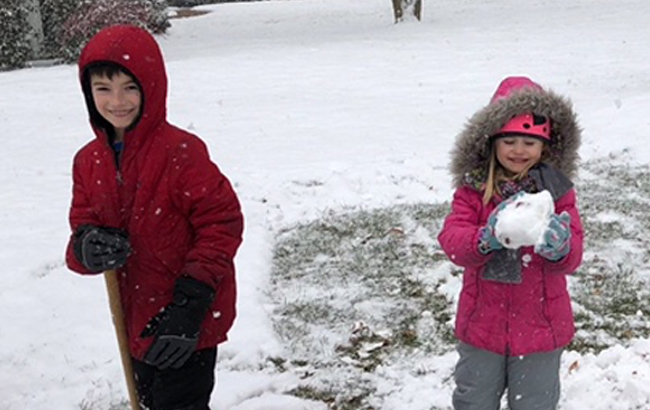 The problem with forecasts

Four years ago, the city of St. Louis braced for a massive winter snowstorm.

With a cold front advancing from the north, and a substantial line of powerful storms approaching from the south, a mighty snowfall was predicted for our region. Streets were salted, shovels were readied, and shelves formerly lined with bread and milk were emptied.

I remember this storm for two primary reasons:

The weather reporters sheepishly explained that the “Alberta Clipper” burst of cold air had been so powerful it forced all the precipitation to our south. So, the kids enjoyed a snow day, with absolutely no snow.

As the great philosopher Yogi Berra once noted, “Forecasting is very difficult, especially when it involves the future.”

I thought of that quote from Yogi and the difficulty of predicting the future as the playoffs began for Major League Baseball teams last week.

At the beginning of the season a group of brilliant researchers, backed by vast amounts of data and past experiences, predicted which teams would make the playoffs.

Extrapolating how hitters would hit, fielders would field, and pitchers would pitch, games were virtually played, winning teams were chosen, losing teams were identified, and final records for the year were ascribed. It seemed the need for the actual season to even be played was meaningless as the outcomes were already determined.

162+ games later I revisited those predictions.

A team predicted to lose more games than they won, ended the season with the best record in all of baseball. Congratulations to the San Francisco Giants and their 107 wins!

Four other teams predicted to finish with average seasons and watch the playoffs from their homes -The Atlanta Braves, Boston Red Sox, Chicago White Sox and my St. Louis Cardinals-made the playoffs.

In other words, the vast majority of the predictions confidently made at the beginning of the season were as accurate as that winter storm.

It turns out forecasting is difficult. Especially when it involves the future.

Which brings me to a one final stat: research shows that 94% of news stories are negative. Twenty-four hours a day our friends in the media proclaim the end is near, the other side is out to get us, and if our agenda doesn’t advance, the best days are behind us.

In the midst of all these challenges, how do we move forward?

Try this: Stop mainlining the news. They are paid, literally, to spread negativity, spark fear, sow discontent, and enflame distrust. And they do their job extremely well.

Now, my friends, do yours.

Turn the television off.

Quit clicking through the political blogs.

No, it won’t change the weather next week or ensure your favorite baseball team makes the playoffs next year, but it will fundamentally reduce your level of anxiety and anger today.

It will allow you to view your life through a different, healthier, more accurate lens.

And it will inspire you to spend far less time worrying about the negativity others proclaim and far more time actually leading a life that positively matters.

Just make sure to pack a jacket in case it snows.

9 replies on “Embrace the Unknown”

Exactly what I needed today. I was saying to my self you need to get off social media it’s too negative what else can I read. So I go to your blog and read this , WOW exactly what I was needing !!!! Thanks

John, Thank you so much!!! As always you are right on the money. As my 89 year old mother and I often say about the weather, we’ll know what we get when it gets here!!! I’m so glad to hear your point about the negativity of the news. It is deplorable they get paid for it but I don’t have to, and usually don’t watch it. The best way to stay positive is to keep doing the good things we grew up learning!

Perfect message. Thank You for all your goodness.

This article speaks the truth. I find myself getting angry and frustrated from the news and have made a point of limiting my viewing substantially. However there are enough people who do watch and believe in the fear they
effect how our current rules and regulations are applied to our everyday lives

Love this and could not agree more!! My job is to share this so others can join us!!

Thank you John!! I sure needed to hear this today! You have made my day!!!
All your messages are so inspiring! And so are you! I was fortunate to hear you in person a few years ago. I will never forget it!

This message needs to be heard everywhere. I totally agree about the news be reported. Our country is hurting and the news and social media does not help. I truly enjoy your inspiring messages.