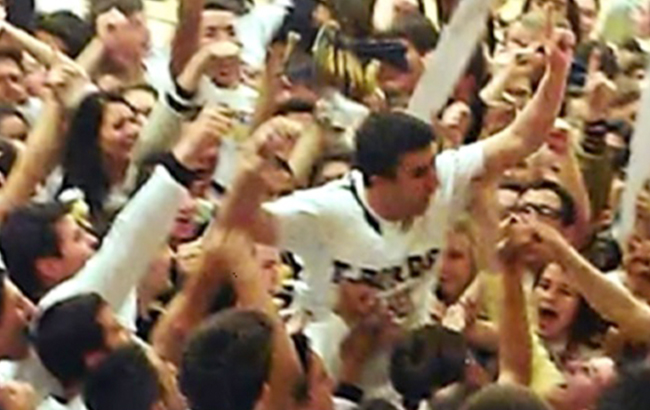 What a Basketball Team in Southwest Texas Can Teach Us about Real Victory.

This is a common question asked by parents to their children upon returning home from youth sports. Typically followed by, “Well, did you score?”

Not that it’s totally unimportant to win or irrelevant to score, but I prefer a more beautiful example of what real victory and true scoring looks like. Let me explain.

Coronado High School is in El Paso, TX. Several years ago, their boys’ varsity basketball team was ranked number one heading into the final game of the season. A wonderfully athletic team and a strong head coach had a secret weapon: Mitchell Marcus.

Mitchell was their team manager. Unable to play at a high level as the result of developmental delays, he was beloved by the team and represented brilliantly the selfless, passionate spirit of this winning team.

Near the end of the final game, Coach Peter Morales called over his manager. The coach looked at the unsuspecting young man and told him to take off the sweatshirt, get off the bench, and get into the game. Mitchell was stunned having never before played in a competitive basketball game. But he smiled broadly, ripped off the sweatshirt and sprinted onto the court.

Coach Morales simply wanted to get Mitchell playing time. His teammates, however, wanted far more: they wanted him to score.

With just 10 seconds on the clock and the opposing team in possession, the unlikely dream of Mitchell scoring seemed an impossibility.

And that’s when this story gets really good.

Both sidelines charged the floor to celebrate.

I imagine that evening when the boys from opposing teams went home and were asked if they won and if they scored? All the players could joyfully respond: “Yes! Yes, we won. And yes, we scored.”

It turns out real victory isn’t merely about what we can do for ourselves and get for our team, but ultimately what we can invest into others and achieve together.

My friends, as we conclude 2021, we know we live in divided, difficult days.

Yet we know something else, too. In our current marketplace and political system addicted to pursuing individual success, scoring points, and tallying wins for themselves, the far higher calling is to come together, strive as one, and fight for victories that live on long after the scoreboard is reset and the bleachers are emptied.

As we step into 2022, let’s coach like Peter Morales, pass like Jonathon Montanez, and score like Mitchell Marcus. Let’s expect great things and win as one. 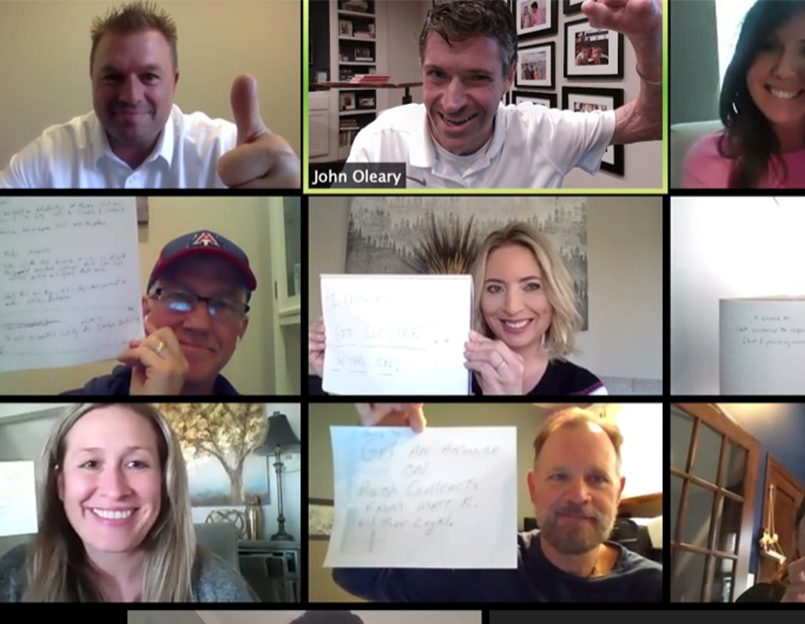 The Live Inspired Coaching Program helps to galvanize teams by reminding them what real victory and true success look like. We’ve partnered with dozens of organizations and thousands of individuals, empowering them to focus on their most important, stay in their circle and take the next right step. Learn more about how John and his coaches can help your team expect great things and win as one in 2022.

5 replies on “Winning as One”

Thank you for your inspiring words, always. They’ve enriched my life and have kept me focused on the true meaning of life God’s called me for and has reminded me to of course, always look for the bigger win for all humanity. Wishing you and yours all the blessings for 2022!

Each day I choose to see the positive in our world. Thank you for sharing such a sweet story and that taught all those in the gym, witnessing this, have learned a wonderful lesson.

Stories like this are special. Thanks for reminding us what is truly important. Happy New Year John.

Amazing, beautiful, inspiring – but a tear-jerker!

So nice when everyone does the right thing for the right reason. I had a blind middle school track runner. I would be his sited runner in the races at the track meet. As his coach I had many teary finishes after he excelled in each of his races. Always a great reception from other coaches, fans, and meet officials.