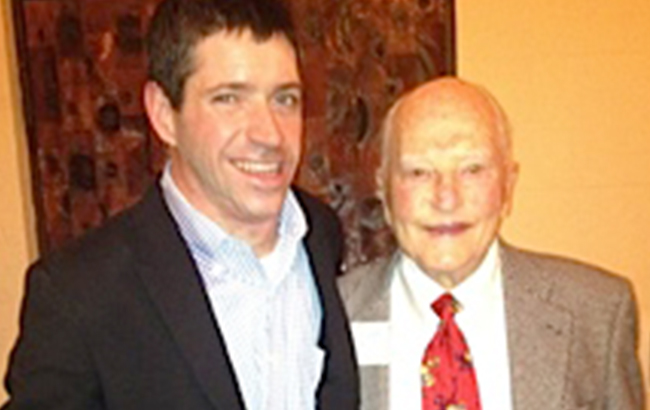 A 98-year-old’s lesson on living in awe.

While many of us associate retirement with lazy mornings, afternoons on the golf course, and evenings playing bridge, a gentleman I met several years ago took a different path. Instead of slowing down upon his retirement, Pat Hyndman embarked on a second career and became an executive coach.

Pat and I met when I spoke at a monthly gathering of business owners he coached. Several of his friends had prepared me that Pat’s health was failing. Almost a year of struggling with stage four cancer had taken its toll.

Knowing this, I did not expect to encounter such vitality and passion from a man who was receiving regular chemo treatments and who on that day, was turning ninety-eight. Yes, ninety-stinking-eight!

But when Pat saw me enter the room, he stopped speaking midsentence, put his pad of paper down, and said in a loud, welcoming voice, “Everyone, our guest John O’Leary has arrived from St. Louis. Let’s welcome him!” He walked over, looked me in the eyes with a big smile, shook my hand firmly, and thanked me for making the trip.

During my three-hour session with the group, while every executive took notes and engaged in the presentation, no one was as dialed in as Pat. He soaked up every word and vigorously took notes.

After the session, we celebrated Pat’s ninety-eighth birthday.

As we sang “Happy Birthday,” he looked as joyful as a kid, wearing a playful smile and using his hands to spiritedly conduct our singing.

After he blew out the candles on the cake, Pat went around the room and celebrated each person in attendance. One by one, he thanked all twenty-five business owners by name, complimented something he respected about them, and shared specifically why he was grateful they were a part of his life.

And although I’d met him just four hours earlier, he included me in this celebration. Pat thanked me for waking up early, catching the flight from St. Louis, leaving behind my wife and kids, and joining the group that day.

He made each person feel as if the entire party was for us, rather than him.

At the end of the evening, as Pat was putting on his coat to go home for the night, I asked what fueled him each day. What allowed him to keep going to work with such energy and enthusiasm, keep fighting through chemo, keep showing up for life?

“You know, John,” he said with a smile, “life is a gift. And I treasure each day I’m given. I’ve discovered that a person begins aging only when they stop learning and stop loving.

“Plus,” he added, “I made a promise to my wife, Bonnie, seventy-three years ago to stay by her side. I intend to keep that promise.”

He winked at me, gave me a hug, and then headed out the door, saying, “I better get home soon or she’ll think I’m running around on her!”

Less than two months after that conversation, Pat went home for the final time.

But not before keeping his promise to Bonnie, and being by her side when she passed away three weeks before him.

For nearly a century, Pat Hyndman showed us how we could live our lives with childlike awe. He knew that life was a gift, that every person matters, and that each day was packed with limitless possibilities.

My friends, today, let’s also seek to reveal these truths through how we live our lives. 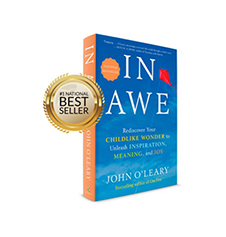 Pat's story is featured in John's #1 national bestseller IN AWE. Strengthened by the past, and empowered for the future, IN AWE shows us how to seek fresh insights, reach for new solutions, connect with those around us, and live our best lives. If you're ready to rediscover your childlike sense of wonder to unleash inspiration, meaning and joy, check out IN AWE today!

Appreciated, as always, your sharing another great story.

When asked how I am doing I reply ” Every Day a Holiday, Every Meal a Banquet”, realizing how blessed I am

Thanks John, always an inspiration. I have both of your books and have been re-reading In Awe one chapter a day on my lunch break. Always find something new and enlightening each time. God bless!

What a beautiful story and reminder of the gift of life. Neither age nor time should dictate our attitude.

My son Andy tells himself and everyone around him every day: “Today is the best day of my life”. I try to follow Andy’s mantra and live the same way.

Pat and Andy are so right, life is a gift and we need to live it today, not tomorrow and not yesterday… Today is the best day of our lives!! Great lessons from very wise and loving people…