Should We Keep Going? 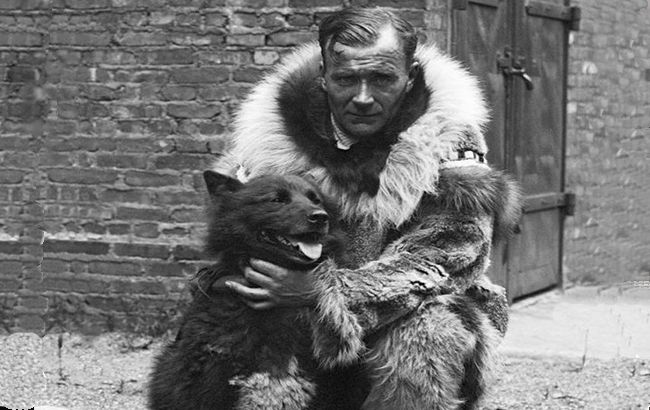 How a sled dog named Balto saved an Alaskan city…and why I’m sharing this story today.

Despite a raging midwestern winter storm dumping as much as a foot of ice and snow in our region, a client of ours moved forward with a live, in-person speaking event last week.

With streets completely covered in snow and empty of traffic, the leaders of Balto brought their team together in downtown St. Louis. The goal of the summit was to thank the team for all they do, remind them that the best days remained ahead and provide a clear next step to take on the journey. And the fact that the entire city was completely shut down did not deter them from living into this goal.

Although I was surprised they moved forward, I shouldn’t have been. The name of this fearless organization derives its name from a fearless dog that raced through a blizzard to save lives.

In 1924 the remote Alaskan town of Nome began experiencing the disastrous effect of diphtheria. A similar endemic eight years earlier had claimed the lives of almost 50% of the native population. As the town doctor and three nurses became overwhelmed with the spreading virus, a frantic message was sent to Anchorage for the antitoxin that would cure the patients.

300,000 units were quickly assembled, packed and ready to be sent.

There was a problem, though.

It was the dead of winter in 1925. Planes could not fly, the harbor was frozen solid, and the lifesaving units of desperately needed antitoxin were 674 miles away.

An audacious plan was put in motion. A group of 20 dogsled teams would rendezvous at predetermined locations, relaying the medicine over mountains, through ravines, and across frozen bays. A trip that typically required 30 days had to be completed in less than 7 or the medicine would be ruined.

The journey began on January 26th, 1925 from Seward, Alaska. A team of dogs raced into the darkness carrying the lifesaving medicine. The temperature outside was a staggering 50 degrees below zero.

Six days into this radical race of mercy, the serum was handed off in a fierce blizzard to the least experienced rider, with the least desirable dogs. Gunnar Kaasen and his dogs began their portion of the journey with the wind chill at -70 degrees. The conditions deteriorated so severely throughout the evening that the entire relay was canceled. It was simply too dangerous; an attempt would be made with new medicine and a new team at a later date.

But no one told Kassen. Or his lead dog, Balto.

Rarely during the storm could Kassen even see his hands in front of his face. So he placed his full trust that his lead dog would take him to the next depot. Balto was considered a runt, but the little black dog with white fur socks remarkably guided the team through the night.

With total white-out conditions and hurricane force winds, no one was there to meet him at the predetermined rendezvous.

So Kassen, lead by little Balto, continued the journey.

When they arrived at the next meeting location, no one was there, either. So Kassen, being pulled by little Balto, continued through the storm, pressed on the lifesaving mission, and traveled the final 55 miles arriving in Nome at 5am on February 2nd.

A stretch of 674 miles were covered in less than seven days through a blizzard. The sick children and residents were saved. The endemic was halted. And a smallish black dog with adorable white fur socks became a national hero.

My friends, too often we ignore our potential for significance. Because we don’t have the same talent as others, or lack the position in the organization to directly impact outcome, or lack charisma, appearance or resources, we cheapen our ability to dramatically impact others through our lives.

When confronted with these lies, be inspired by the fierce love modeled by Kassen and his little dog, Balto. Be reminded of the courage to race directly into the storm knowing that your life is a gift, you are called to elevate others through it and the best is yet to come.

In the midst of a snowstorm last week, I was reminded of this truth by my new friends at Balto.

In the midst of whatever storm may appear in your life this week, be reminded that we are all called to be Baltos for others.

This is your day. Live Inspired

15 replies on “Should We Keep Going?”

Thank you for this encouraging story! It reminds me when others say doing it is “impossible”; they should simply get out of the way and observe someone else making it happen! Thanks be to God!!

Please add me to your list to receive Monday morning essays. Thank you

Such an inspiring and much needed encouragement to forge on in the midst of challenges.

Hello John, I so appreciate the way you share with the world. I came across your sharing and I am now sharing your inspirations on my Twitter account and asking folks to retweet. It is so little but one never knows who may be helped and maybe even turn their life over to God.

Wow, I absolutely loved this. Thanks for sharing, John!!

John, I loved reading this!!
Thank You

This is an exceptional example of bravery and selflessness. Thank you.

I needed this story this week my friend! As always, thanks for keeping on keeping on John!!! We appreciate you!

John, wonderful words of encouragement to start a new week!

Thank you for sharing this inspirational story. I am reminded we all have many purposes in life and all include helping others! You are living your life inspiring others. I am blessed to have attended your presentation several years ago at a difficult time in my life, just losing my husband to cancer. Your stories and words are encouragement to me every story you share!
Thank you!

There is a Balto in each and every one of us. Thanks for the reminder, John!

What a beautiful story of just plain never giving up, no matter what. May I always have the heart to be like Kassel and Balto, with the help of my precious Savior. Thank you John, you inspire me daily with your messages.

A wonderful story John – thanks for reminding us what sheer determination can accomplish. Bill Alexander

Loved this story John, thank you!

Oh I love this true life story. It is so inspirational as is your true life story and all the stories you share with us. Thank you John for all you do!