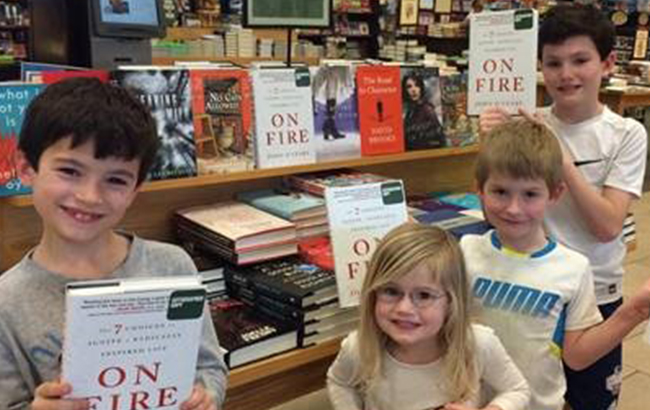 Why “ONE” number is the most important to embrace.

Act as if what you do makes a difference. It does. -William James

After months in the hospital, I finally went home. That first evening, although seated in a wheelchair, in intense pain, with fingers recently amputated, feeling sad about my hands and scared about my future, my mom wanted me to eat by myself. With a plate of food in front of me, I spent two hours dropping the fork, complaining to Mom, crying it wasn’t fair, and arguing it would never work. Two hours of failing.

The struggle to simply eat paled in comparison to the fear that I’d never find someone to see past my scars. Having never dated, and more than halfway through college, I met Beth. Over the next several years of courting her, telling her how I felt, risking rejection, and then experiencing it, I frequently felt alone. In other words, it was three long years of failing.

After years of reflecting on my life story, pondering how those life lessons might elevate others, journaling key ideas, condensing it into a readable manuscript and sending it to 13 publishing companies, I excitedly waited for the letters to come back expressing their desire to help spread a message of living inspired. In a marketplace of divisiveness, every publishing company seemed to agree on one thing: an unknown author, with no following, was not the kind of project they were interested in publishing. Each of those letters served as 13 reminders of failure.

These are but a few of innumerable failures in my life. I’ve failed in my health, in relationships, in finances, and in business. I’ve failed with words I chose to speak, silence I chose to keep, actions I chose to take, and regrets that still remain. And I’m not alone.

My friends, we all live with evidence of our mistakes, missteps and brokenness. So how should we respond when it seems that a project, a passion, a desire we have seems impossible?

Well, recently I visited with one of the greatest failures I’ve ever met. Perhaps his story reminds us of what is possible in ours.

This gentleman failed in relationships, struggled professionally, endured a bankruptcy, wrestled with self-worth, felt totally isolated from others and occasionally wondered if life was worth living. There was one powerful desire that kept Mark Victor Hansen moving forward in life: he was absolutely certain the world would benefit from his message.

Mark spent years researching, organizing content, coalescing stories and writing his book. He then took his life’s work, submitted his manuscript and marketing plan to a single large publishing company in New York and waited for their response. They rejected it.

He refined it, elevated the manuscript and submitted to another publishing company. They rejected it.

Until one day, one person, saw not only the resoluteness of Mark’s passion, but the potential within his story. This one publisher took a risk and agreed to print the book.

CHICKEN SOUP FOR THE SOUL went on to become one of the best-selling books of all-time. It was translated into 43 languages, offered in more than 100 countries and ultimately sold more than 500 million copies internationally.

By far, however, the most important number to embrace is one.

One mother believed in her little boy’s ability to feed himself and live a meaningful life. Even if it required a couple difficult hours of failing before taking that first bite.

One beautiful woman saw through a man’s scars and brokenness. Beth took my hand, spoke the words “I do” and 18 years later continues to prove it each day in the manner in which she loves me and lives her life. Even if it required three years of failing while waiting for her.

One young man who struggled in school, did poorly in English, grappled with self-worth ultimately released the #1 national bestseller, ON FIRE. Even if it was first rejected by 13 publishers.

And one small publishing company, saw within a future author’s passion, a book that might elevate the lives of those who read it. Even if it took 144 rejections, 500,000,000 readers suggest it was worth the wait!

As we race through this day, and read about tragedies overseas, challenges in our nation, difficulties in our region, and feel discouragement that there is little we can do to influence positive change, be reminded that your one life is a sacred gift.

While big numbers might grab headlines, the most important number recognizes that what you do matters, that the words you speak influence, that the dreams you cast impact the path you take, and that while your road forward may be difficult, your best is yet to come.

Let’s act as if what we do makes a difference. Let’s remember that indeed it does. And today, let’s choose to not just read about it, but to act like it. 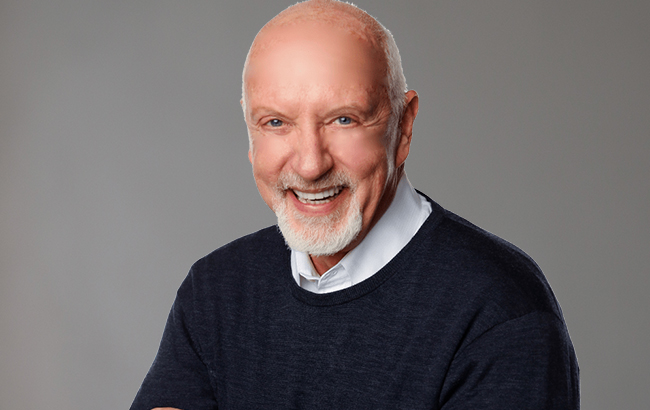 Chicken Soup for the Soul co-founder Mark Victor Hansen was my latest guest on the Live Inspired Podcast. Join us as he shares the four principles to which he credits his success and reminds us of the power of failing forward.

This was so timely for me. Thank you for the inspiration and motivation to keep showing up to do what I was born to do! Love and Light, Stacey

You did it again today! Thank you for being you and doing what you do. GOD Bless you and your family

I have reaped so much through John’s books. I have listened to his podcasts and would like to receive his newsletter.

John, the profound simplicity of your uplifting messages continues to inspire and support me. Thank you!

We, from the group of WA state Realtors who followed your stories after meetint you in person at those national Buffini events, are so blesssed to have you as an
example of how to use rejection as a chance to change just a little until
The Good Lord decides that is that last time was now the perfect iime! Thanks for coontinuing to post.