How to cope when things go wrong…even when we do everything right.

We first heard about Ryan from a social media friend who read On Fire, knew our story and thought we could encourage his family.

Within a few weeks, dozens of emails and direct messages arrived from friends in his community, from neighboring communities and from strangers around the country sharing the story of this little boy named Ryan.

The messages introduced us to Ryan Jastrzembski, a vivacious, playful and joy-filled boy. Although he has three sisters who adore him at home, Ryan’s love is being outside and his favorite thing to do is fishing. All who know him share he’s an awesome kid that exudes life.

Which made the tragedy he experienced the evening of January 24th even more difficult for Ryan and his family. He was burned on more than 90% of his body in a bonfire accident and flown 1,500 miles to the world-renowned Shriner’s Children’s Hospital in Galveston, TX for the grueling process of recovery to begin.

So many people, desperate to do anything to help, thought we could assist. They believed the stunning similarities in what he was about to begin going through and what we formerly went through might bring comfort to Ryan’s family at the time.

Imagining the pain that his parents faced away from their home, at the bedside of their extremely sick child, unsure of what tomorrow might have in store, as well as feeling utterly powerless to do anything for their child, I recorded a video of encouragement and texted it to Ryan’s mom, Kathleen. That first video sparked a friendship.

We hopped on calls and spoke about her boy. We discussed the struggles ahead for Ryan and the difficulties ahead for her family. We texted frequently through the ups and downs of the journey. The more she shared about Ryan, the more we wanted to do for him.

We sent 200 books to Ryan’s home community to be auctioned off with all money raised supporting his extended treatment. We collected letters and cards from our followers. Our coaching organization remained steadfast in support of Ryan’s parents, and we leveraged friendships in and around Galveston to support the family. For sweet Ryan, knowing his love of fishing, we reached out to celebrities in the fishing community and started a cadence of weekly videos from famous fishermen encouraging Ryan to keep fighting. Each angler promised to send gear or take Ry out fishing.

And we at Live Inspired weren’t alone in our support. So many were pulling for Ryan, praying for Ryan, and hoping against hope that each passing week proved the amazing care he was getting at Shriner’s Hospital was paying off. In a world so often cold to the needs of others, it was humbling and encouraging to see all the fundraisers, all the messages and all the little things being done to ease the burden for Ryan, his sisters and his parents.

And they desperately needed that encouragement. Over the past seven months, Ryan’s parents rarely left the hospital even as life persisted back in New Jersey. They learned about burn care, learned about the next steps in recovery, and managed the best they could during a period of profound difficulty for their family. They learned about the ferocious toughness of their son and were completely committed to seeing their little boy go home.

Just not at all the home any of us had been praying for.

You see, Ryan, the most remarkable little warrior we’ve ever met, after fighting through unimaginable agony for months, passed away. After dozens of surgeries and punishing procedures to foster healing, his pain has finally ended; he now lives in perfect peace.

Friends, in moments like this one, when we are blindsided with the reality that sometimes our prayers go seemingly unanswered, it’s easy to justify doing—or caring—less the next time. To become hardened to hope, or to look back on our efforts as futile. After all, if we can spare ourselves the heartache that so many are feeling now over the loss of Ryan, why wouldn’t we? Why not at every turn opt for indifference instead of investment?

I look no further for an answer to this than to the words shared by my friend Kathleen. Her son died in Texas last week and this week, after seven months, they finally take him home.

“Life is too short.

Don’t be unhappy. Don’t waste time. Tell those you love that you love them. Have fun. We all make mistakes, but it’s just a life lesson. From the bottom of our hearts, our family thanks each and every one of you for your continued prayers and support.

Ryan didn’t lose any battle at all. He won. He won peace and no more pain. As parents, siblings, cousins, nephew, grandchildren, friends and neighbors, loved ones, we lost a great little boy who has impacted so many lives.

Today, we all wake up without him. But there is no rain. The sun is shining.

Fish on in Peace.”

Just as we prayed and supported together, so do we grieve, and so we benefit from the beautiful lessons that come from serving others.

Godspeed, Ryan. And God bless you Kathleen and Scott. 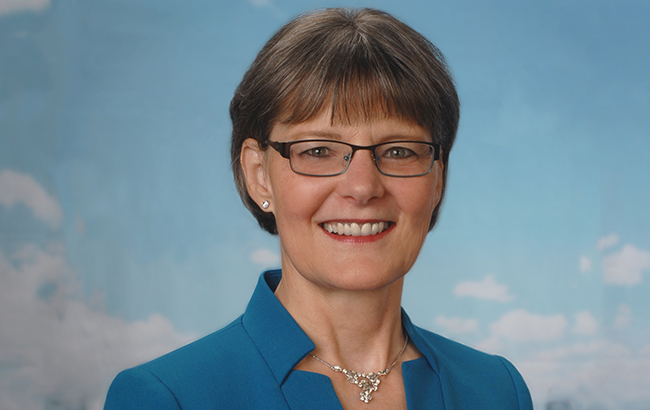 As the Jastrzembski family and our community copes with the tragic loss of Ryan, I am encouraged by the words of my most recent podcast guest Amy Florian who says, “I live differently because I know that all of life is a gift. Everything I have and everybody I love is a temporary gift.” If you need advice on how to heal during life’s most difficult times, check out Live Inspired Podcast episode 496.

John, Thank you for sharing and thank you for being there and supporting Ryan and his family. Knowing your story, God was at work connecting you with his family, and imagine it was a huge blessing for them. Ryan is at peace and no longer in pain leaving behind a lasting legacy with the many lives touched. There will forever be a void and a daily challenge for his family and friends. Sending prayers of comfort for the days ahead and this difficult time. Chip

So many of us ask the question “why?” and try to understand The Will of our God. Ryan is an angel. He showed the rest of us, although through monumental pain and suffering, that there is Hope and Love in us all. Ryan’s life is a completely pure success: he brought us all closer together. God Speed Ryan. Your lakes and your seas will always be calm, bountiful perfect.

John I introduced you to Kat back in early 2022. I just wanted to thank you so much for all you did. We all showed the awesome human side. Our work is far from over now. Thanks so much.

God comforts the broken-hearted; I’m so grateful to read Ryan’s story and feel with this family. Prayers for peace as you all walk the painful grief journey together and carry one another if/when you feel like you can’t go on. Grief is a full-time job; lean in and lean on your God for strength and nourishment.

Thank you for sharing and supporting Ryan and his family. May God help them push forward each day.

Thanks Sean … We have the honor of being a friend to lots of kids who experience trauma in their lives …. we’ll continue doing this work because the need is so profound. We’ll now do it even more intentionally to honor the legacy of a beautiful little boy named Ryan.

My heart breaks for Ryan’s family, but when I read that Ryan had died a sense of peace swept over me. In the darkest times it is hard to believe that there is a a loving God. So I look for signs of the Lord. I look to the people who supported Ryan and his family with their time, treasure, fundraising efforts, prayers, and love. That’s where I see God and I believe Ryan is with Him.

My prayers for Ryan’s family!. I just read in my Bible this morning about “the God of all comfort.” Nine times in II Corinthians 1:1-7 the word comfort was written. May the complete and perfect comfort of God surround Ryan’s family in this difficult time. There may not be answers this side of heaven, but there is comfort. Always comfort. Thank you for sharing this story John.

Powerful Becky ….. thank you. Prayer of comfort for this lovely family — and their little guy — will be what I lift up tonight in my reflections and prayers — John