Skip to content
Home | Blog | What Legacy Are You Leaving?
Monday Motivation | December 12, 2022

What Legacy Are You Leaving? 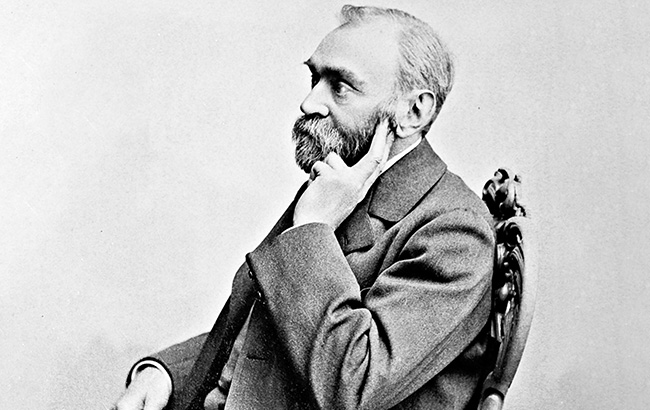 The lesson we can all learn from the life of Alfred Nobel.

And with these printed words, the life of not only one man who read them profoundly changed, but so did the entire world. Let me explain what happened and why it matters to you.

Alfred Bernhard Nobel was born into a large family in Stockholm, Sweden. From a young age he exhibited traits of being both extraordinarily bright as well as being unreservedly fascinated by explosives.

As he grew older, the childhood fascination with explosives shaped what he studied and the career he pursued. Becoming a chemist, engineer and entrepreneur, Nobel opened a small factory that produced a volatile explosive called nitroglycerin. As business grew, he sought a safer way to detonate nitroglycerin and invented blasting caps. Business expanded exponentially after he invented a new explosive called dynamite.

Operating almost 100 factories, he became fabulously wealthy as his dynamite was used to expand the railroad and roadways in developing countries. His dynamite, blasting caps and nitroglycerin were also used with ruthless effect as weapons that dramatically expanded the way nations waged war.

Nobel was a prominent socialite, a world traveler and an international tycoon with more than 300 patents and vast wealth when he died in 1888.

Upon confirmation of his death, a French newspaper ran his obituary and began with the headline: “Le marchand de la mort est mort.” Which translates into English as: “The merchant of death is dead.”

It was a sentiment shared by many around the world who had experienced the hideously deadly effects of his weapons. It was an apt description for someone who accumulated close to a billion dollars in today’s value expanding the global ability to wage war.

And if the story ends there, it’s maybe interesting, yet not ultimately important. But there’s far more to this story. And to yours.

In reality, it was not Alfred who had passed away, but his brother Ludvig Nobel. The paper erroneously ran the obituary for the wrong brother.

As a result, Nobel was able to see firsthand how he’d be remembered. He was able to apprehend before his death the legacy he was creating while living. And because of that, he was able to make changes to leave a radically different legacy.

When he ultimately passed away in December of 1896, Nobel’s last will and testament wrote that much of his fortune was to be used to give prizes to those who had done their best for humanity.

And so, for the past 120 years, the finest from around the world are celebrated with the cherished Nobel Prize. It is given to the greatest of us in Physics, Chemistry, Physiology or Medicine, Literature, Economic Sciences and, most ironically of all, Peace.

Alfred Nobel saw how he was going to be remembered and determined to change the way he lived his life. The merchant of death became the champion of peace.

My friends, likewise, we are free to consider how our efforts professionally, relationships personally, involvement in the community, what we let go of, what we hold onto and how we utilize the days of our lives impacts those around us.

We are leaving a legacy and get to determine how it reads.

Although few of us know when we are going to die, there is no excuse to not begin authoring a legacy that positively changes the world one life at a time. Starting with our own.

10 replies on “What Legacy Are You Leaving?”

Thank you for this interesting story of Alfred Nobel!

Wow that’s awesome! Did not know this story. Thanks for sharing. Have a wonderful Christmas!!

What an inspiration to read this morning!! Thank You!

John, thank you for always finding inspirational people and events to share. You too, are leaving a beautiful legacy for others.

Thank you for the inspiration to live a better life!

I didn’t know this was how the Nobel Prize came about. Thank you!

This is an incredible bit of knowledge to possess. Thank you. At any age, we possess the power to choose another course and leave a legacy for our children to be proud of. 💕

This was very interesting as I did know know the Nobel prize came about. Thank you for sharing!

I never knew that story. Reminds me a bit of “A Christmas Carol”. It was really quite a gift for Nobel to read his own obituary.