Country Music Star Walker Hayes on Being a “Craig” (ep. 146) 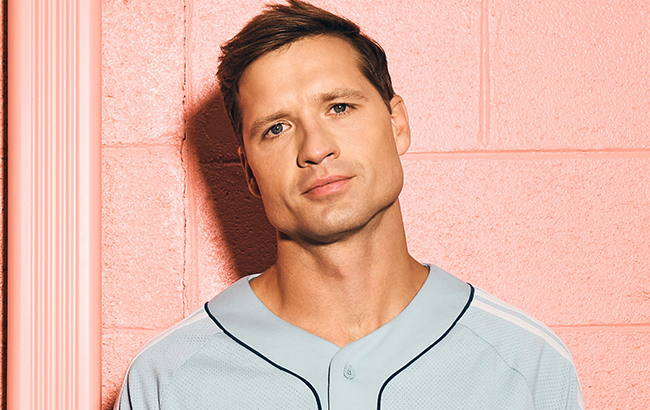 John O’Leary welcomes country music singer-songwriter Walker Hayes to share his unlikely path to the top of the music charts on the Live Inspired Podcast.

Singer-songwriter Walker Hayes shares his unlikely path to the top of the Country Music Billboard charts. You’ll hear the stories behind the songs on his latest album, boom., like platinum-hit You Broke Up with Me about losing a record deal and Craig, which is a tribute to a life-changing friendship.

More exceptional than hearing “behind the scenes” stories of big Nashville country music are the raw conversations Walker and I have in between – about life, loss, love, sobriety, failing and trying again.

Many say Walker broke into the mainstream by sounding different than anyone else; our conversation is a reminder that to live inspired, we must be ourselves. If you could use a reminder that the path to “success” isn’t always easy, but is always worth it – this episode is for you.

If you like this podcast, you will love Live Inspired IN STUDIO. It’s my membership community where like-minded friends join me via live webcast to live inspired together. Registration opens soon! Join the waitlist.

1. What is the best book you’ve ever read? Jitterbug Perfume by Tom Robbins and A Man Called Ove by Fredrik Backman.

2. What is a characteristic or trait that you possessed as a child that you wish you still exhibited today? I was a little more carefree growing up. Age + responsibilities have tapered that. I need to remind myself that you live on this earth once, leave it different + better. We can do that by taking ourselves less seriously.

3. Your house is on fire, all living things and people are out. You have the opportunity to run in and grab one item. What would it be? I picked up a piece of scrap metal from my first date with Laney, bending it into a ring. She still has that ring. She wore it all through college.

4. You are sitting on a bench overlooking a gorgeous beach. You have the opportunity to have a long conversation with anyone living or dead. Who would it be? There is still time but my dad. I’d put aside all the fear, pride and messing around to just talk to him for a little while.

5. What is the best advice you’ve ever received? My father told me, “the way the actually judge a man is how he helps someone that cannot help him in return.” That’s who Craig and Laney have been for me.

7. It’s been said that all great people can have their lives summed up in one sentence. How do you want yours to read? He loved her. He loved. I have the desire to leave every person I talk to feeling better, better than I found them.