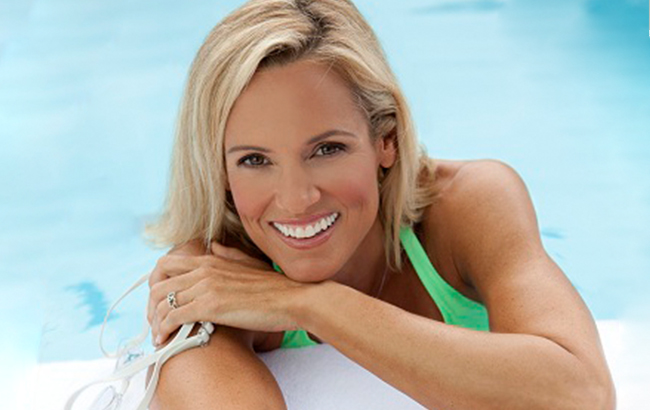 Dara Torres made  history as the first American swimmer to compete in five Olympic Games and again as the oldest swimmer to win an Olympic medal at age 41 in 2008.

Today, Dara shares the “heart-racing, thrilling” feeling of earning her first medal in 1984, what it felt like to defy expectations with two comebacks and how she balanced her career while being a mother.

With the 2020 Olympics in full swing, this conversation  continues the celebration of inspiring moments in global sports.

Did you enjoy hearing from an Olympic champion? You’ll love my conversation with Shannon Miller, one of the most decorated American gymnast. She shares the memorable moments of her gymnastics career, her devotion to advocating for women’s health + how she empowers others to breakthrough personal challenges. Listen to ep. 256 now.