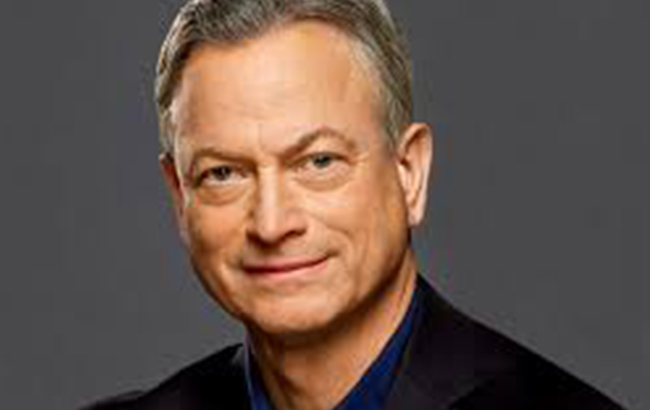 Gary Sinise joins John O’Leary to show his gratitude for the military community on the Live Inspired Podcast.

Gary Sinise is an award-winning actor – most notably is his Oscar-nominated role of Lieutenant Dan in Forrest Gump. This role reshaped the trajectory of Gary’s life; not because of the acclaim for the film, but because it ignited a relentless drive in him to champion veterans’ sacrifices and ensure they’re never forgotten.

Gary’s philanthropy has made him a beloved to countless and earned him prestigious awards including: Presidential Citizens Medal, Honorary Battalion Chief by New York City Fire Department, George Catlett Marshall Medal by US Army and Honorary Marine.

Today, Gary joins us as part of his media tour for his book: Grateful American: A Journey from Self to Service. It’s already a New York Times bestseller and after hearing our conversation… you’ll understand why.

Join us for one of America’s favorite, heart-led leaders. You’ll get lessons on gratitude, service, celebrate America’s defenders, veterans, first responders and so much more.

To shine light on veterans, Gary asked me to share responses to the  Live Inspired 7 from past guests who served our country. Enjoy Captain Charlie Plumb, Vietnam Navy veteran and Prison Of War, from ep. # 31 and Jake Harriman, Marine veteran, from ep. #114 answers.

1. What is the best book you’ve ever read? The Bible, chapter of Job. Unbroken, it epitomizes your philosophy and mine on winning through adversity.

2. Tomorrow you discover your wealthy uncle shockingly dies at the age of 103; leaving you millions. What would you do?Bolder Crest supports vets with PTSD to expand their reach bc they’re doing a lot of good for veterans.

3. Your house is on fire, all living things and people are out. You have the opportunity to run in and grab one item. What would it be? A tin cup with holes in it that I brought back from the prison camp. I keep that cup just to remind me of the challenges I face and the value of the challenge.

4. You are sitting on a bench overlooking a gorgeous beach. You have the opportunity to have a long conversation with anyone living or dead. Who would it be? My mother. She endured so much while I was over there, but never placed blame. I never heard her say a bad word about anyone. The longer I live, the more I appreciate her approach to forgiveness. I’d love to talk to her about how to forgive the unforgivable.

6. Looking back, what advice would you give yourself at age 20? Believe in a purpose as the highest priority.

7. It’s been said that all great people can have their lives summed up in one sentence. How do you want yours to read? He was a servant.

1. What is the best book you’ve ever read? The Bible.

2. What is a characteristic or trait that you possessed as a child that you wish you still exhibited today? Dreaming! I could dream big. I tried to do crazy stuff as a kid. We made a potion out of crayons and dirt to make me fly. Then, I put on a cape and jumped into cow manure!

3. Your house is on fire, all living things and people are out. You have the opportunity to run in and grab one item. What would it be? A medallion that I carried in combat. It says: [Joshua 1:9] “Be strong, courageous and remember that the Lord your God is with you wherever you go.” It sealed my faith + gave me courage. I gave it to the love of my life when we got engaged. When she has to go into dark places, I wanted her to have the same medallion with her.

4. You are sitting on a bench overlooking a gorgeous beach. You have the opportunity to have a long conversation with anyone living or dead. Who would it be? Abraham Lincoln. I’d ask: How in the world did you get through that time? And hold everything together with a nation that was literally pulling itself apart? I think he’d say “Find commonality – there are threads and values that run through all of us. Get back to those basics.” I think that is what he did and succeeded.

5. What is the best advice you’ve ever received? Never say you can’t do something, you have to believe in yourself and those who love you.

6. What advice would you give your 20-year-old self? It’s going to be dark. You are going to have a lot of really horrific moments that you didn’t even know were possible. But in those moments, know that there is light coming. There is truth and love in people in this world. There is more light and hope than darkness. Never forget that.

7. It’s been said that all great people can have their lives summed up in one sentence. How do you want yours to read? He learned to love and learned to leave by serving others.

If you enjoyed today’s episode: Subscribe, rate & review on Apple Podcasts or wherever you get your podcasts. See you here next Thursday!

Truly an awesome inspiring podcast
thanks

You and Gary Sinese are two of our heros. The inspiration my husband and I have received from Gary’s example and from this podcast – as well as the many others you’ve gifted us with is deeply appreciated and shared!! God Bless you and Gary and all our Active service folks, Veterans and first responders!!! We love you!!