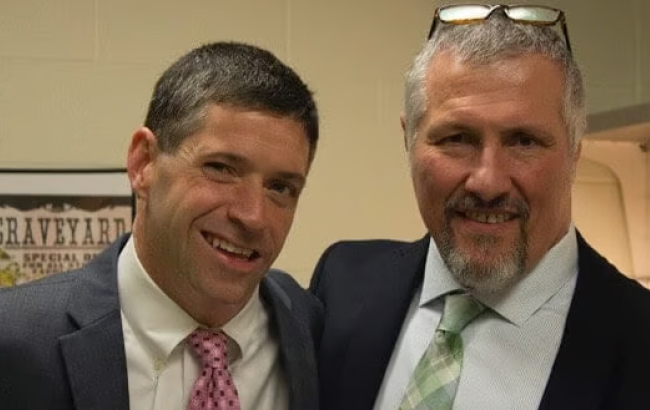 John O’Leary welcomes Gino Cavallini on the Live Inspired Podcast to discuss why he decided to repeatedly visit a 9-year-old boy with burns on 100% of his body, and how he continues to make his career and life about something bigger than himself.

It’s not uncommon for famous athletes to visit children in hospitals. Sometimes these visits are well publicized but many times it’s done quietly. Undoubtedly, it has a profound impact on the young patients and their families by providing joy, hope and positivity.

As a young St. Louis Blues player, Gino Cavallini would repeatedly show up for the five months I was in the hospital, always smiling and bursting with encouragement. Sometimes he’d come with signed hockey tickets or seven-foot-tall stuffed bunny, and other times with pizza, soda, beer and his fellow Blues teammates. Regardless, every time this typical, Canadian tough-guy would brighten the dark, lonely days of my hospital stay.

Today, it’s an honor to welcome on my friend and hero Gino Cavallini. Join me as we celebrate his story of humble beginnings to playing nine NHL seasons, why he decided to repeatedly visit a 9-year-old boy with burns on 100% of his body, and how he continues to make his career and life about something bigger than himself.

My friends, this conversation will leave you asking yourself, “what more can I do?”