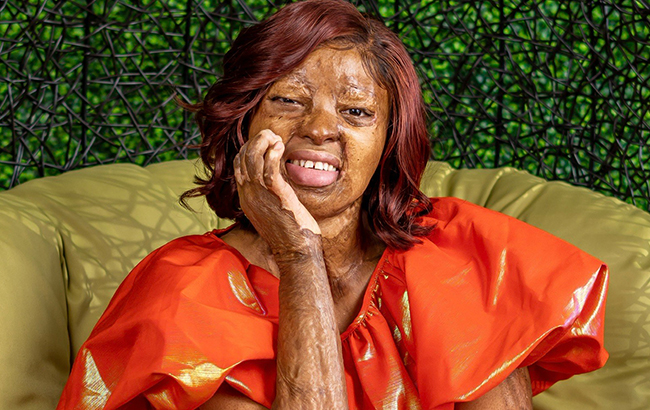 America’s Got Talent finalist Kechi Okwuchi reminds us that we have the ability to decide what defines each of us on the Live Inspired Podcast with John O’Leary.

I’m honored to share a story of not just surviving impossible odds but thriving in a world that is too often caught up with how we look on the outside rather than seeing that our true value is within.

When Kechi Okwuchi was 16 years old, she was one of just two survivors of a devastating plane crash that killed more than 100 people, many of them her classmates.

Spending months in hospital recovering from the third-degree burns that covered more than 65% of her body, Kechi learned the power of perseverance, unrelenting faith and music’s profound ability to heal.

With courage, honesty and wit, Kechi shares her journey of healing, her fortitude in becoming a finalist on America’s Got Talent and her boldness in choosing to not be defined by her scars.

This conversation will give you the hope, strength and boldness to face life’s challenges directly.

Did you enjoy today’s episode? You’ll love this conversation…

In the span of eight years, Austin Hatch survived two plane crashes that claimed five people closest to him. The second crash left him with brain damage and doctors feared he’d never walk again. And yet, Austin continued to defy odds and went on to play Division I basketball. Hear my conversation with Austin Hatch on ep. 312.