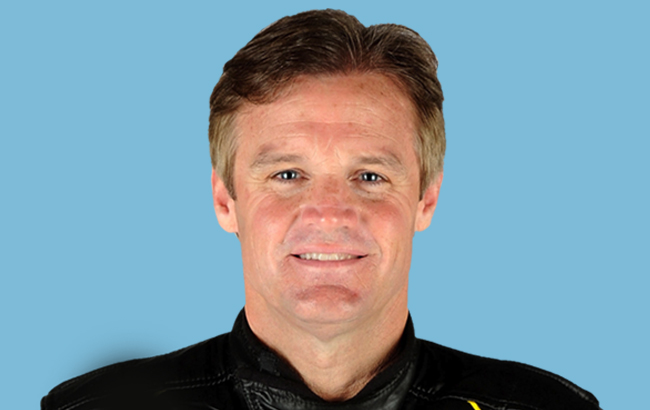 John O’Leary welcomes NASCAR legend Kenny Wallace to the Live Inspired Podcast to share how he strives every day to be his iconic, happy, fun-loving self.

In his three-decade-long NASCAR career, Kenny Wallace has competed in over 900 races, earned nine wins, and was named Most Popular Driver three times. Yet, he hasn’t let this hard-earned success change who he is.

Today, Kenny shares the snapshots that changed his life forever, including the death of his brother Mike Wallace’s young son + helping Dale Earnhardt, Sr. win the last race of his life.

You’re going to love this hearing how his humble roots shaped him, the passion he has for racing, his recent self-reflection and how he strives every day to be his iconic, happy, fun-loving self.

Did hearing from a professional sports athlete inspired you? You’ll love our Sports + Athletes playlist! From Olympic medalist Scott Hamilton to undefeated boxing champion Laila Ali, this playlist will inspire you to step off the sideline + get back into the game of life. Listen to our Sports + Athlete playlist here.

1. What is the best book you’ve ever read? Walk This Way by Aerosmith.

2. What is a characteristic or trait that you possessed as a child that you wish you still exhibited today? It’s not that I talk, it’s that I break the silence.

3. Your house is on fire, all living things and people are out. You have the opportunity to run in and grab one item. What would it be? This tiny picture of my dad as a kid.

4. You are sitting on a bench overlooking a gorgeous beach. You have the opportunity to have a long conversation with anyone living or dead. Who would it be? My dad. I’d ask him things that I never had enough nerve to ask him like, “why was I never good enough for you?” I’d think his answer would be, “I didn’t mean it that way. I just wanted to know so I could tell my friends.”

5. What is the best advice you’ve ever received? Rusty Wallace told me, “Hope for the best; prepare for the worst.”

6. What advice would you give your 20-year-old self? Calm down!

7. It’s been said that all great people can have their lives summed up in one sentence. How do you want yours to read? Excessive happiness.