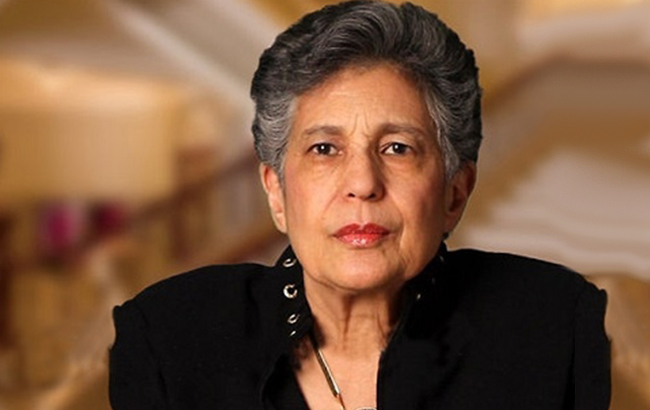 
“I wanted the same opportunities as the next person. I was no different, other than skin color”

In 1954, the Supreme Court decided with Brown vs. Board of Education that separate schools for black and white students were unconstitutional. In the spring of 1957, Little Rock, Arkansas was the epicenter of racial tension as Little Rock Central High School prepared for the integration of its first nine students of color.

Carlotta Walls LaNier was a member of the “Little Rock Nine.” In the decades since, Carlotta was awarded the Congressional Gold Medal, the highest honor a US citizen can receive, for championing freedom and persevering in the face of bigotry to earn equal rights for herself and others.

Join me and Carlotta to talk about her historic role in school integration and how she has been an inspirational leader for so many despite the challenges she faced.

1. What is the best book you’ve ever read? A Mighty Long Way &  Thurgood Marshall: American Revolutionary. The legendary lawyer and Supreme Court Justice left an indelible mark on her.

2. Tomorrow you discover your wealthy uncle shockingly dies at the age of 103; leaving you millions. What would you do with it? First, I’d make sure my family was taken care of and my grandchildren were set up for college. Then, I’d want to make sure the people of Puerto Rico have clean water and I’d give to NAACP Legal Defense Fund.

3. Your house is on fire, all living things and people are out. You have the opportunity to run in and grab one item. What would it be? My Congressional Gold Medal.

4. You are sitting on a bench overlooking a gorgeous beach. You have the opportunity to have a long conversation with anyone living or dead. Who would it be? Thurgood Marshall.

5. What is the best advice you’ve ever received? You got a lot of work to do ahead. Stay true to yourself. Stay in the moment.

6. Looking back, what advice would you give yourself at age 20? “Do unto others as you would have them do unto you.”

7. It’s been said that all great people can have their lives summed up in one sentence. How do you want yours to read? When I make a commitment, I see it on to its’ end.