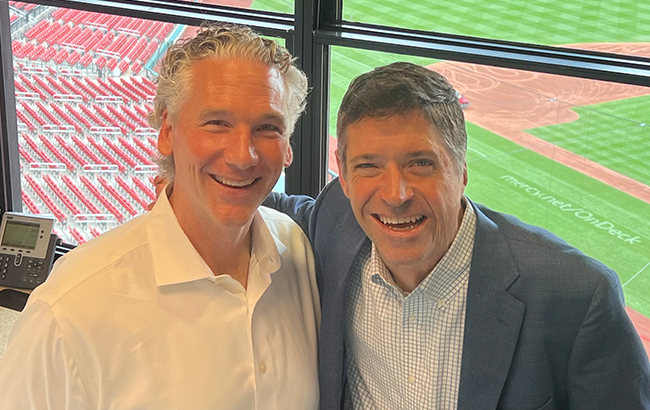 The race to the Major League Baseball post-season is on… and it’s heating up as teams are looking for a path to victory.

The players you know are on the teams you love because of those 30 individuals sitting in the General Manager’s office.

Today, as my favorite team, the St. Louis Cardinals make their push to the postseason, I’m joined by their Vice President and General Manager, Mike Girsch.

While visiting at Busch Stadium, Mike shares seldom-told stories about his journey from an Amateur Scouting Coordinator to one of the most coveted and elite jobs in professional sports.

While today’s conversation may seemingly focus on baseball, it’s actually so much more. Hear Mike share how to…

Mike is a dear friend, and while his team is closing in on another playoff birth, this conversation will remind all of us it’s never too late to pursue a dream.

You’ll love my Baseball playlist! Grab some peanuts and cracker jacks as you hear from Hall of Famers Cal Ripken Jr, Ozzie Smith and more share their inspiring stories both on and off the field. Listen to the Baseball playlist now.