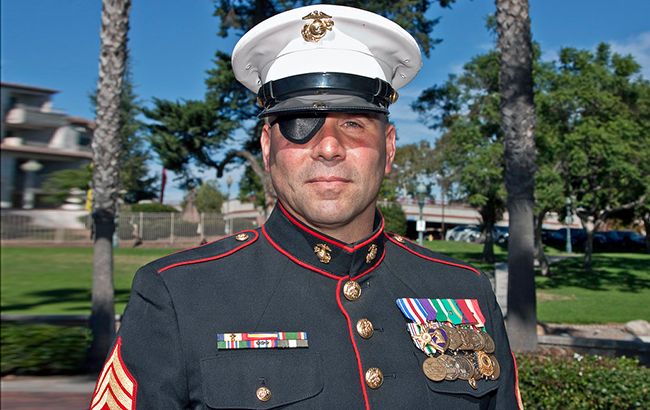 One of my favorite groups to partner with each year is FOCUS Marines Foundation. FOCUS does an amazing job providing coping skills, relationship guidance, goal creation and career advancement to wounded veterans struggling with physical ailments, PTSD, traumatic brain injuries and various other challenges.

Among the remarkable servants I’ve met through this organization is retired Marine Gunnery Sergeant Nick Popaditch. Wounded in action, Nick was struck in the head by an enemy rocket-propelled grenade (RPG), resulting in numerous shrapnel wounds to the head and neck which left him legally blind and partially deaf in his right ear.

In honor of Veteran’s Day, Nick joins us to share his inspirational story of courage, combat and recovery.

If you enjoyed this episode, Hear from award-winning actor Gary Sinise. As one of America’s favorite, heart-led leaders Gary shares lessons on gratitude, service, and how his role in Forrest Gump as Lt. Dan led him to celebrate America’s defenders, veterans, and first responders. Listen to Gary Sinise on ep. 128.