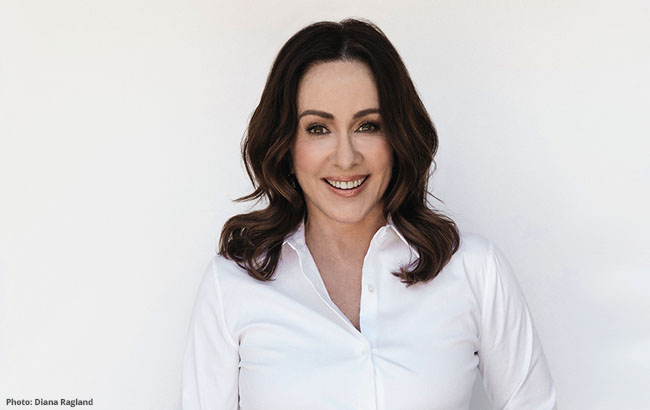 Patricia Heaton is one of TV’s most recognizable and beloved female leads from her role as Debra Barone on the long-standing comedy Everybody Loves Raymond.

Today, the three-time Emmy winner shares about the unexpected + sudden loss of her mother as a child, the pockets of hope that kept her acting dream alive + how she’s thriving in her “second act” of life as an ambassador for World Vision.

This warm conversation will remind you that no matter what stage of life you’re in, crisis can serve as a golden opportunity for reinvention.

1. What is the best book you’ve ever read? Mere Christianity by C.S. Lewis and The Road Less Traveled by M. Scott Peck.

2. What is a characteristic or trait that you possessed as a child that you wish you still exhibited today? Fearlessness.

3. Your house is on fire, all living things and people are out. You have the opportunity to run in and grab one item. What would it be? My KitchenAid mixer.

4. You are sitting on a bench overlooking a gorgeous beach. You have the opportunity to have a long conversation with anyone living or dead. Who would it be? My mom. I didn’t get to know her as her own person.

5. What is the best advice you’ve ever received? “There are three things Jesus is telling us to do: help the poor, help the poor and help the poor.” – Kathryn Compton, World Vision

6. What advice would you give your 20-year-old self? Stop drinking and be more disciplined.

7. It’s been said that all great people can have their lives summed up in one sentence. How do you want yours to read? Well done my good and faithful servant.