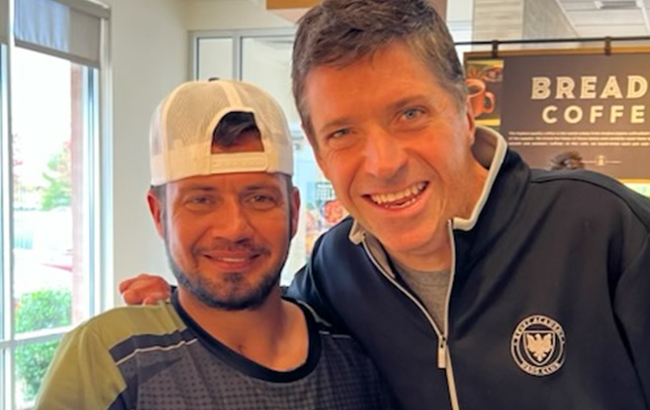 John O’Leary welcomes Cpl. Todd Nicely to the Live Inspired Podcast as he shares what inspired his service and how he leads from the front.

Six months into his second deployment, Corporal Todd Nicely of the United States Marine Corps stepped on an improvised explosive device (IED) during a routine security patrol. The squad leader is one of only two modern day veterans that have endured battlefield injuries resulting in the loss of all four limbs and survived.

Immediately after enduring the horrific blast and suffering massive injuries, his first two thoughts were of others: getting back to his wife and not frightening the young Marines he was responsible for.

Today, Todd works to help and motivate other fellow disabled veterans through their life struggles and hardships.

My friends, this conversation is undeniably painful. Yet it’s also a story of redemption and finding purpose from a hero with a resilient spirit, infectious enthusiasm, positive outlook, and a strength of mind and character that is second to none.

You’ll love our Military and First Responders playlist. Featuring Apollo 13’s Capt. Jim Lovell, one of my childhood heroes Capt. Charlie Plumb and award-winning actor Gary Sinise. After his iconic role as Lieutenant Dan in Forrest Gump, a relentless drive was ignited within Gary to champion for the sacrifices our veterans to ensure they’re never forgotten. Listen to the Military and First Responders playlist now.