Skip to content
Home | Blog | Is There Even Anything You Can Do about It?
Monday Motivation | June 22, 2015

Is There Even Anything You Can Do about It? 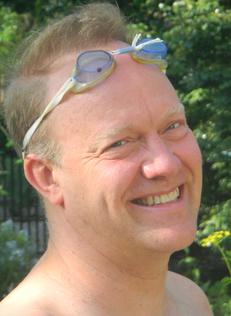 The most cancerous reaction to any challenge is one of indifference.

My friend and I were discussing the news headlines: Shark attacks, currency collapses, geopolitical tensions, local political shenanigans, and another tragic shooting, this time in a church.

After a sprint through the news my friend replied: “You know, it’s just too bad there is nothing we can do about any of it.”

It got me thinking: Is there anything I can do about it?

Henry Biggs asked the same question; and he answered “Yes!”

Biggs is an Adjunct Professor at Washington University in St. Louis School of Law. He’s also the Director of the Faculty Fulbright Fellowships and the Graduate Danforth Scholars. And he is a fellow Big Brother for our local Big Brothers Big Sisters Chapter. He’s a busy man.

Just not too busy to make a difference.

Henry Biggs believes in mentorship. In response to the media stories today highlighting just how challenging race relations are, Biggs believes the way to change communities is to positively impact one life at a time.

He knows that one person can make a difference.

More than 30 years ago, Biggs became a Big Brother and was matched with a young boy named Jamyel.

What began as a desire to support an economically challenged little boy has grown into a lifelong friendship. The two have remained exceptionally close over the years. When Henry was married, Jamyel served as his best man. Years later, when Jamyel got married, he asked his mentor, his friend, Henry, to serve as his best man.

Growing up in a housing project, Jamyel shared that most of the people he knew growing up are now either dead or in jail. But because of a loving mentor, a bold vision, a clear way forward and an indomitable spirit: Jamyel has thrived in life.

Biggs credits his little brother for the success he has achieved. But also knows that his mentorship, love and encouragement impacted Jamyel’s success.

Because of this, Biggs also believes deeply in what mentoring can do for others, how it can impact communities and how it can, literally, change the world. [Tweet this.]

With this in mind, Henry Biggs has committed to raise awareness and money for the community and the organization that he feels most positively can impact our community.

On Tuesday, July 14th, he’ll put on a speedo, a cap, and goggles, wade into the water, and swim the 27 miles around Manhattan for Big Brothers, Big Sisters and the community of Ferguson, Missouri.

Although he doesn’t consider himself a strong swimmer, he’s been training exhaustively for months in order to make a difference for others.

My friend, very frequently in life we read the headlines and respond, “You know, it’s just too bad there is nothing we can do about any of it.”

Very frequently in life we look at our marriage, our finances, our work, our neighborhoods, our community, our life and feel as if there is nothing we can do to improve them.

We don’t need to change the entire world to make the paper read differently. We just need to have the audacity to strive to change one life at a time. [Tweet this.]

Starting with our own. This is the day to start.

This is your day to squelch indifference and ignite impact. Live inspired.

Follow Henry Biggs progress here. Or better yet, make a donation! All money raised will be doubled through a challenge grant. This is a great way to ask: “What more can I do?” And answer, “I can be generous with my time, talent and treasure.”
Read more at http://rising-above.com/2015/06/even-anything-can/#Kd2UHJoHiigPeUFG.99

The Death of Indifference